S-300 missile  was originally designed in the USSR as surface-to-air missile systems, these have been adapted by Russia for terrorizing the population of Kharkiv apparently because of large stocks of the missiles and proximity of the city to the Russian border, in spite of poor suitability of these systems for aiming land targets.

A technical college classroom destroyed by Russian S-300 missiles in Kharkiv in the night of August 2, 2022. 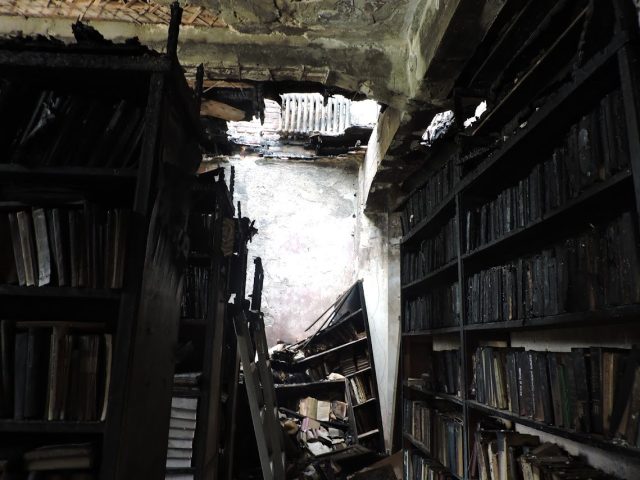 A library burnt in the college destroyed in Kharkiv in the night of August 2, 2022.