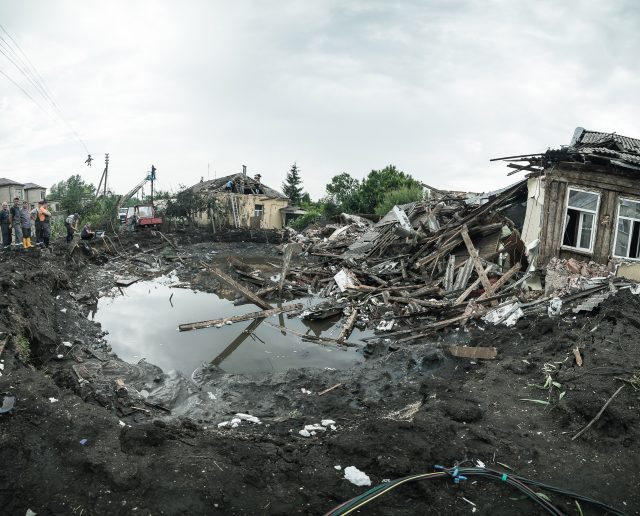 On July 10, 2022, a missile launched from Russia hit the New Bavaria district of Kharkiv, damaging houses and the building of a children’s sanatorium.

A photo exhibition about destroyed Kharkiv opened in Berezhany