A crater on a football field and damaged apartment buildings in North Saltivka, Kharkiv. 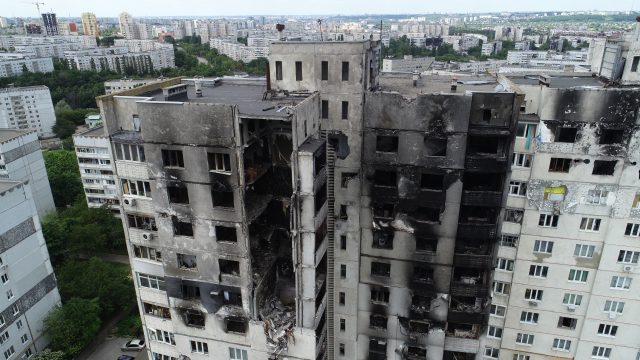 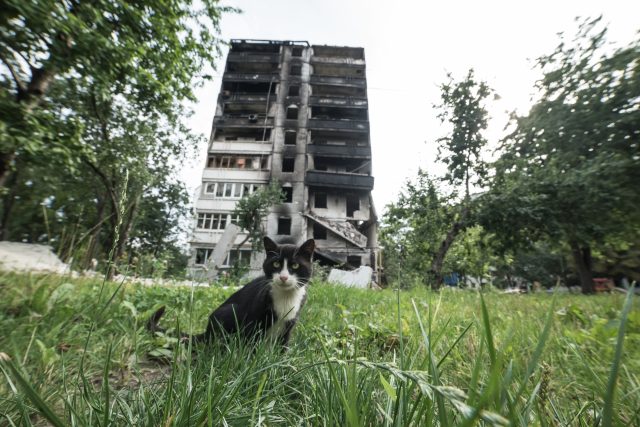 A cat near a destroyed building at North Saltivka, Kharkiv. 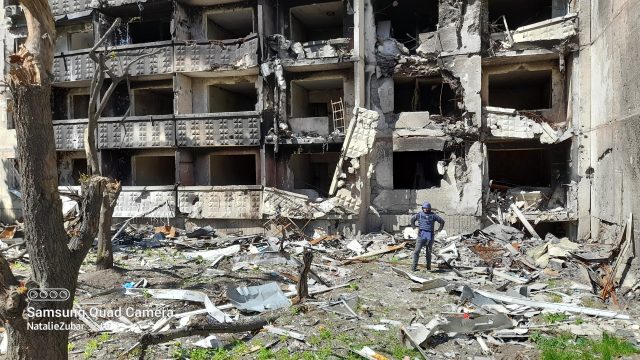 A journalist near the destroyed building in North Saltivka residential district of Kharkiv. 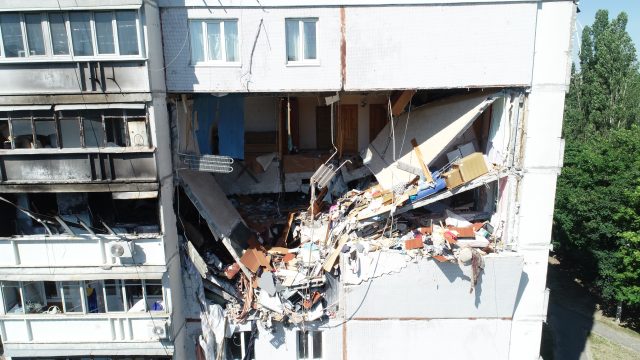 A balcony facing North in the apartment building in North Saltivka, Kharkiv

Next page FRACTURE. Documents of the Russian terror in Kharkiv