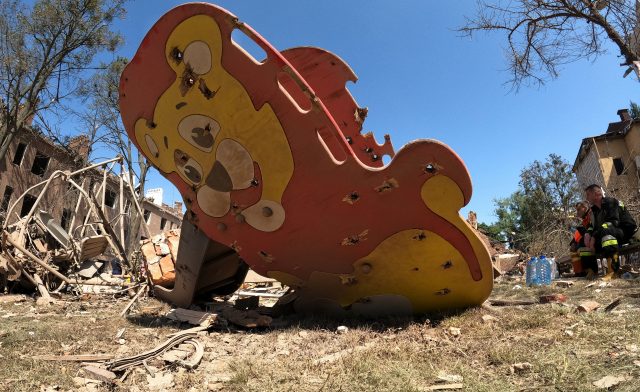 Rescuers are having a break after a long night at the remnants of a playground near the residential apartment building in Kharkiv, destroyed by an Iskander missile launched from Russia on the late night of August 17, 2022 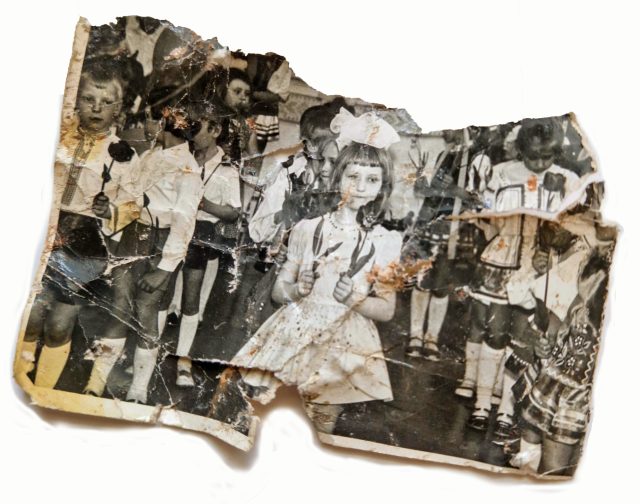 On August 17, 2022, an Iskander missile launched from Russia destroyed a residential apartment building in Kharkiv . A photo found near the destroyed building

Next page FRACTURE. Map of photo locations and general information