Kharkiv city is only 38 kilometres from the border with the Russian Federation. 1.500.000 people lived in Kharkiv before 24 February 2022. It had the biggest number of students per capita in Ukraine.

See the exact locations of all the photos of the exhibition on this map. 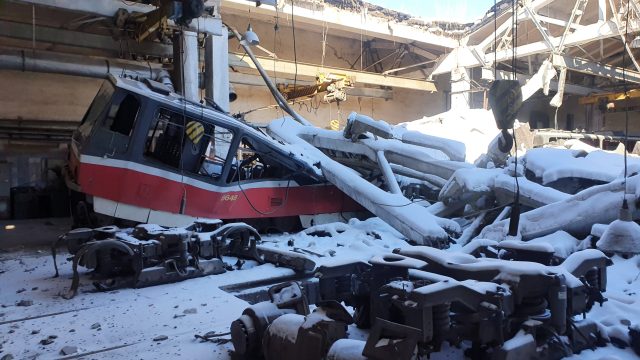 A historical train destroyed in a Saltivka train depot. 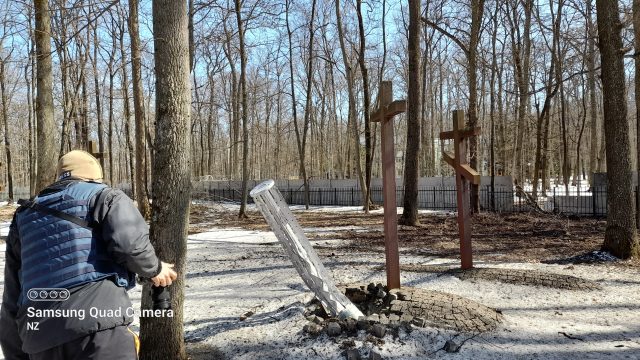 Memorial of the victims of the totalitarianism in Pyatykhatki after the multiple strikes by cassette munition. 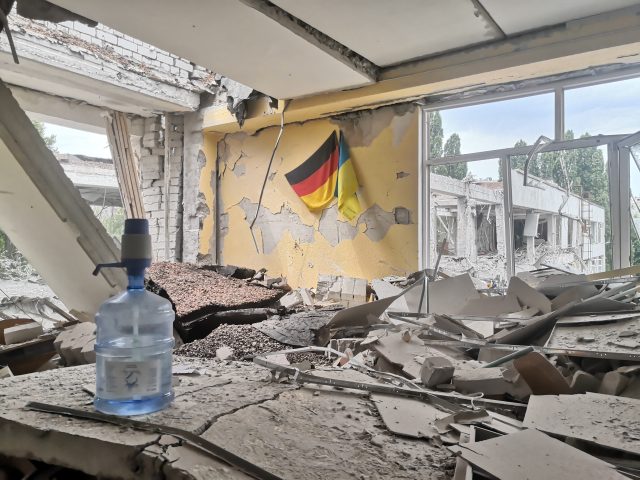 Gymnasium #46 which focused on German language studies in Kharkiv after a Russian rocket strike.