Karazin Kharkiv National University is a leading Ukrainian university founded in 1805). The whole University will be able to work only via distance learning due to security conditions and damages to their various buildings. 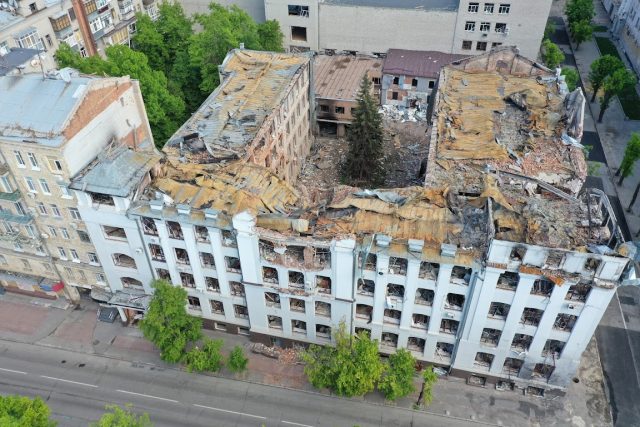 The building of the Institute of Economics of the Karazin Kharkiv National University damaged by a Russian missile on March 2, 2022. 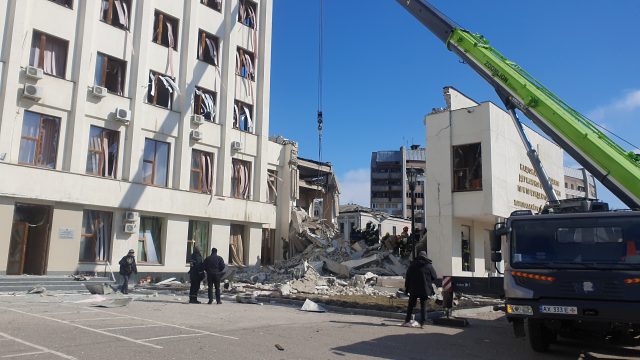 Institute of State Management of the Karazin Kharkiv National University badly damaged by a Russian missile on March 18, 2022. 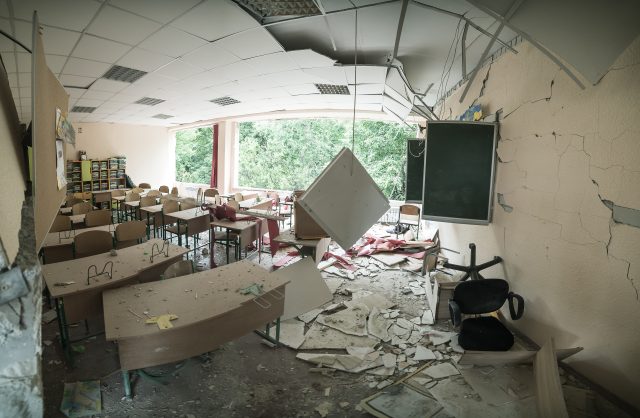 A classroom of the Gymnasium #46 damaged by the Russian rocket strike. 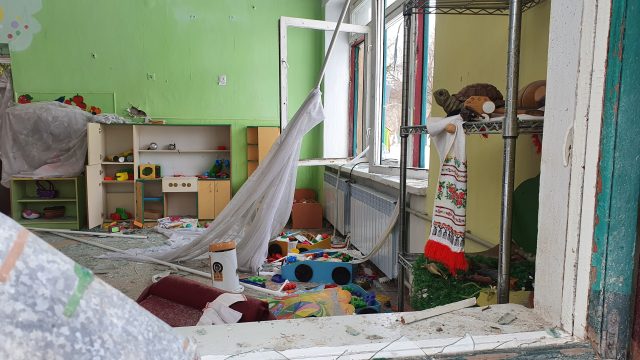 A room of a destroyed kindergarten in Kharkiv. The name of the kindergarten is School of joy, it focused on English language studies.