There are not many but there are some.

All positive changes can be categorized by the degree of the governmental involvement, starting from “happened without any efforts by the government” through “government has been involved” and ending with “mostly done by the government”. Some of the latter reforms are rather controversial and these are not mentioned here.

Probably the most important change is in the minds of Ukrainians who have realized, en masse and irrespective of the ethnicity, mother tongue etc, that independence of their state, in general and from Russia particularly, is a real value for them and that this independence shall not be taken for granted. This is commonly named as “the birth of the Ukrainian political nation”. The government is a driven party here, not the driver party.

Even where the government is not able to be the driver, a change to the good is that the government is often prepared and agrees to be driven at least. The most prominent example is the team of civil volunteers who has been incorporated into the Ministry of Defense in order to make the Ministry more effective during the war. Several key departments of the Ministry (and a Deputy Minister) have been eventually headed with civil volunteers who helped army privately before and demonstrated the will to work and the ability to be effective.

The climate for charitable and volunteer activities has improved; new legislations removed many bureaucratic obstacles and excessive financial control.

The military power of Ukraine now and in March 2014 are incomparable, and this is a great achievement indeed. Probably most intellectual and organizational resources of the government have been directed to addressing the vitally important security challenges, and the progress here is apparent.

De-sovetization has been launched during and after Maidan, at the level, which could not be imagined before. First in the form of demounting of Soviet monuments by activists “illegally” (e.g. the large Lenin monument in Kharkiv demounted by activists, had been absolutely surrealistic for 2013, but appeared real in 2014), and then the parliament adopted new legislation for this (does not actually work yet, though – adopted only a couple of weeks ago). De-sovetization includes radical changes in narratives of history, which had been communicated to the people more or less successfully so far.

Another positive change is that an “average state official” has become generally “better” than before. This starts from the President and PM, goes through the parliament and ends at the officials in the regional administrations. This does not mean that the officials are mostly “as good/effective as necessary”, but generally the progress is apparent. The lustration legislation, whilst controversial, has probably contributed to this. Government transparency increased. Government procurements became transparent.

Generally, the influence of the civil society over the government has increased dramatically. The voice of public sounds loudly and cannot be ignored by the government, even if the voice is not wise.

In the banking sector, several dozens of relatively small banks (which means, under the local conditions, those involved mostly in semi-legal or illegal money laundering & tax abuse operations rather than in providing normal banking services) have been closed by the regulator since 2014.

A major reform in the gas market includes the move to the uniform price of gas for all customers, which shall remove corruption from the highly corrupted sector. Households will have to buy gas for a higher price on the market, the government focusing on supporting those only who cannot afford paying the fair price set by the market.

New legislation has been enacted for the highly independent Anti-Сorruption Bureau. It is too early to say about effectiveness of the new body since it is not operational yet, but an independent council has already appointed the Bureau’s head and the appointment has been unpredictable up to the last day, which probably is a good sign.

Taxation of salaries have been slightly reduced, but hardly the reform has been complete/sufficient. The overall system has not changed essentially. The situation in the customs hardly has improved; moreover, an additional import tax has been introduced on virtually everything (5% or 10%, depending on the imported products). The main problem here is the lack of strategy in the government.

Regarding changes in customs and tax services functioning, experts we trust, say: “last year we see some ‘ease’ from tax pressure, yet not so much due to change of principal positions of the authorities but rather due to ‘demolition’ of united system of tax, law enforcement and judicial bodies acting early merely as unified mechanism under unified plan. However, this year we face at least partial return to the preceding conditions, yet not so strong yet. Clearly there are more attempts at least for the formal dialogue from the side of tax and customs authorities, and this result in certain (yet very limited) improvements at least in respect of big taxpayers”

Regarding changes in the court system, reliable experts familiar to us say: “As a matter of practice we see some limited improvements in functioning of the judicial system at least in respect of administrative courts (the primary type of courts we are mainly dealing with). However, so far it seems to be not so much result of any strategic reform but rather result of lifting major part of internal control of the courts by the executive authorities and government” 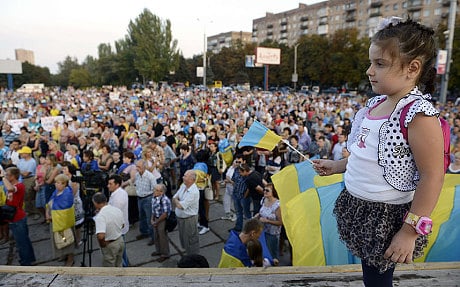 Systemic improvements in Ukraine since 2014

The Current State of the Tax Reform in Ukraine