Ukraine is one of the poorest European countries in terms of GDP per capita, it suffers from Russian aggression and all consequences of the war in Eastern Ukraine, partial occupation and breaking almost all business connections with such a large trading partner as Russia. Ukraine is in desperate need of fast and steady growth of the economy and creation of favorable conditions for local and international businesses. This should be considered the priority for the battered country.

The current tax system in Ukraine has been heavily criticized due to numerous flaws such as high taxes, inefficient administration, high corruption, low competitiveness internationally, establishment of taxing rules by administrative decisions instead of law, high volatility of the fiscal regulations, etc. Despite the urgency in this matter, the new government presented the new tax legislation just a few days ago – on October 26, 2015.

It seems that the Ukrainian leadership lacks visionaries with the clear ideology and understanding of what they have to do and what has to be done. Even if some people of this kind do exist in the new Ukrainian leadership, apparently they have appeared overwhelmed by other higher priority problems faced by Ukraine during last 1,5 years.

The burden of drafting new tax legislation has been placed on the Ministry of Finance. However the Ministry is traditionally only concerned with “mechanical” budgeting problems, rather than with the creating supporting conditions for businesses to grow. Also since the Minister, Ms Natalia Yaresko, has appeared involved in “more important things” namely restructuring the national debt and avoiding the default, the tax reform has appeared in hands of one deputy minister, who has appeared badly prepared for the job.

As the result, the Ministry of Finance was neither able to develop a new ideology nor it organized experts and civic society for this purpose.

In parallel with the development of the abovementioned Government tax reform ideas, several MPs led by the Head of the Parliament’s Committee on Taxes and Customs (hereafter – Tax Committee) Ms Yuzhanina also developed an alternative version of tax reform. Their draft legislation was submitted to the Parliament on October 26, 2015. It was  authored by over 100 MPs, including the son of President Poroshenko.

This draft legislation was officially disclosed to public only on October 27, 2015, and based on the initial review of what was disclosed officially and what had leaked out before, it appears to be rather controversial. It is quite clear from the quick review that the text does not even pretend to be a complete draft legislation; it is a “raw material” for the actual legislation, at best. In case the draft is adopted in current form the consequences for the business and the budget are impossible to predict.

There are particular ideas in the draft bill that cause distrust to the whole legislation. For example, the Explanatory Notes to the Legislation Draft state that one of its goals is to provide stability of the tax law in respect to basic elements of taxes at least for 3 years. Ukrainians know very well the same goals were loudly declared almost with any significant changes of the Tax Code, that used to happen annually and even more frequently, starting from the very day when the Tax Code had been adopted. Now nobody in Ukrainian business and expert community trusts such declarations.

Moreover, suggesting the moratorium for changes in the future, the Legislation Draft at the same time is obviously violating the protection of this kind already existing in the current Tax Code. The Legislation Draft provides that the suggested changes shall become effective since January 1, 2016 whilst published as an initial proposal (which is obviously not final) only now, at the end of October 2015.

However, the currently effective Tax Code states that any changes to basic elements of the tax legislation shall not be allowed after July 1, in order to be introduced in the next budget year, which starts in Ukraine on January 1. This is a small but characteristic illustration of how the Government as well the Tax Committee understand stability of the tax law and how they treat business in the context of the tax reform. Authors of both proposed versions of reforms declare predictability and stability of tax laws and at the same time destroy them, which clearly causes distrust and the creates the impression of cheating regarding all aspects of the suggested reform.

It is important to outline the fact that both developers of Tax Reform, the Government and the Committee, suggest abolishing or essentially limiting the so called “simplified taxation system”. It is the Ukraine-specific taxation regiment for small and small-to-medium business allowing to pay small lump taxes for micro businesses and a small fixed sales percentage for others at the same time abolishing almost all bookkeeping and accounting duties. This type of taxation allows avoiding any risks to face problems from tax probes, which are usually associated with time and money losses in the Ukrainian reality. The system has allowed the middle class to appear in Ukraine, being the core force of all democratic movements. Almost all Ukrainian governments wanted to abolish the simplified taxation system, in order to collect more money from businesses and they declared this would close loopholes the system provides for larger businesses to avoid higher taxes. These attempts always caused massive protests including “Tax Maidan” in 2010, which prevented the suggested changes in tax law. Certainly, the middle class, as one of main forces of Euromaidan and the subsequent War for Independence, is not happy with the governmental attempts to balance the budget at its expense.

Also the “simplified taxation” is commonly used by the export-oriented IT industry which is seen as one of potential drivers for the Ukrainian economy. Ukrainian IT sector is highly competitive worldwide due to high skills level and relatively low costs, It is also very easy for IT company to move elsewhere if business conditions worsen. During the last months we saw numerous raids of tax investigators & the police on IT firms, with brutal arrests of equipment, due to “insufficiently paid taxes” as explained by high-rank officials in the Government. Relocation of many engineers and whole IT companies to other countries during last months was a clear signal sent by the business to the government. The other bad signal of this Committee tax reform bill is prohibition of the use of this simplified taxation system for export activities, thus basically killing the ability of IT developers (who are mostly export-oriented) to efficiently and legally work in Ukraine.

Recently we heard Ms. Yaresko, the Minister of Finances who just had finalized debt talks declared that balancing the budget losses due to decreased taxes shall involve reduction of state spending rather than increasing other taxes, which previously was the core point of the Ministry of Finances. This is a good sign, noting that the ratio of GDP to state-redistributed money is abnormally high in Ukraine, but she warned that the state spending cannot be cut dramatically, thus indicating that the changes would still have to be limited in scale. It seems that any reform may be successful only if it provides a significant decrease of the state’s burden on the economy. Currently, a part of the GDP redistributed through the state (including taxes and state controlled funds like the State Pension Fund) exceeds 50%. At the same time, the state service in this field (taxation, customs) requires deep reforms, including reduction of its functions, therefore reduction in work force in this field. On the other hand, higher salaries for those people who remain shall be the key for decreasing corruption.

The Draft Legislation by the Committee has some attractive features. As a revolutionary step, it suggests the implementation of income taxation model where only distributed income of a company is taxed. In addition, it is expected that numerous tax rates will be reduced. On the other hand the draft contains the obvious items that effectively invalidate the positive sides of the legislation. For instance, the draft bill cancels the taxable contribution cap in case of social security tax. Currently this tax is payable only pro-rata up to the cap established by law. The state pension is also capped to a certain amount. Elimination of the cap basically doubles tax burden for highly paid professionals in comparison with existing legislation. This negatively affects highly skilled and well paid specialists. It also doesn’t correspond to the official goal of the new taxation legislation since the contributions taken from the state pensions will still be capped.

It is absolutely impossible to perform a comprehensive analysis of such extensive legislative proposals within such short timelines. We are concerned that the situation could be developing in a similar manner as the 2014 tax amendments that were introduced under a pressure from PM Yatsenyuk. Some provisions of those amendments were procedurally vague and turned out to be quite damaging to the economy. Some provisions in the proposed bill have signs of being driven by special interest groups and not by interests of businesses in general. The Ministry of Finance also indicated that they are preparing their oцn amendments. We might see a battle of proposals in the future.

Apparently, a compromise will have to be developed between the Ministry of Finance, from one side, and the Tax Committee, from another side, and with the lobbies present around both institutions.

The key aspects of that compromise would be:

There is a danger that a compromise will not be based on benefits to overall business environment, but on balance of interests of influential lobbies. A sensible approach for real systemic reforms should be based on public discussions and critique for the proposals. Especially now, when the controversial nature of negotiations behind closed doors is more than obvious.

If changes are adopted in rush, in order to get them effective in the beginning of 2016, this will be directly against the law. In addition to violation of the procedure the low quality of the draft legislation the result most likely will be damaging for business, and moreover the very idea of a highly needed tax reform will appear compromised.

Rather than trying to hastily find the way to combine the weak and controversial draft of the Tax Committee and the Government, we suggest to stick to the existing legal procedure and to develop a Tax Code that is beneficial to all parties. We also suggest the beginning of 2017 as the timeline for adoption of this new legislation. 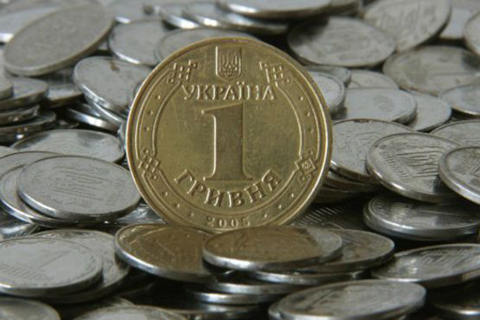 Systemic improvements in Ukraine since 2014