My take on populism: it has nothing to do with the economy, it is the result of a revolution of the public sphere made possible by the internet.

The internet has broken the monopoly of political elites and journalists on information and exchange of ideas.

The public sphere now is crowded and competitive. The establishment — political elites and journalists — face plenty of competition.

In some countries, in the US and the UK, this has already transformed politics, with disruptive, insurgent ideas (Brexit) and leaders (Trump) winning.

In Germany, change is very slow; the establishment is still fully in power.
Overall the establishment has not yet found a way to deal with the new situation, it is mostly licking its wounds and is complaining about the loss of power.

It can only survive longer-term if it stops being complacent and starts to take those challenges more serious: by entering into the political debate with the new views and voices emerging.

That takes some soul searching: why is liberal democracy the best way to organize governance? Why is globalization a blessing more than a curse? What are international institutions for?

These are the questions that need to be answered by the elites. They need to make the case and win the argument.

They need to earn the leadership positions they have. Mass following cannot be taken for granted anymore. This is a new world. 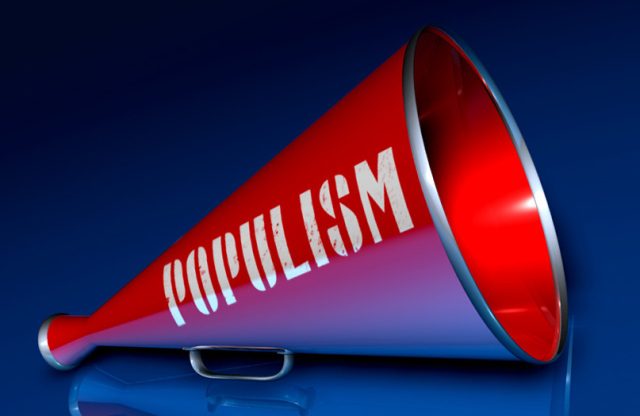 Populism has nothing to do with the economy

Voting against Israel was both immoral and politically inexpedient for Ukraine. Despite obvious US pressure, Ukraine should have abstained. Now,...