It is impossible to work in Ukraine without feeling the effect of the serious historic events which today are taking place on its territory. The “Maidan revolution”, the occupation of Crimea, the violence in the Luhansk and Donetsk regions have had a profound impact on the Ukrainian state and society, created immense new challenges and brought Ukraine onto the front stage of international affairs. But what is the historical context of the current happenings? What are the reasons behind these events that caught so many by surprise and often are seemingly irrational? Finding answers to these questions may be challenging for people from the outside.

On March 22 2017 there will be an opportunity to hear the view on these and related issues of Andre Kamenshikov, a representative of a US-based NGO Nonviolence International and a regional coordinator of an international civil society network – the Global Partnership for the Prevention of Armed Conflict (GPPAC) in the Eastern Europe region. He has over 25 years of experience as a civil peacebuilding activist in conflict areas of the ex-USSR. He was the founder of Nonviolence International–CIS, a civil society organization that was based in Moscow and operated in the post-soviet states for 22 years until it had to be closed due to the current political climate in Russia. He is an author of a number of publications about the role of civil society in post-soviet conflicts, including “International experience of civilian peacebuilding in the post-soviet space”, published in 2016 by the “Ukrainian Peacebuilding School” coalition in Kharkiv.

The language of the event is English. You will be able to see the live broadcast on Youtube 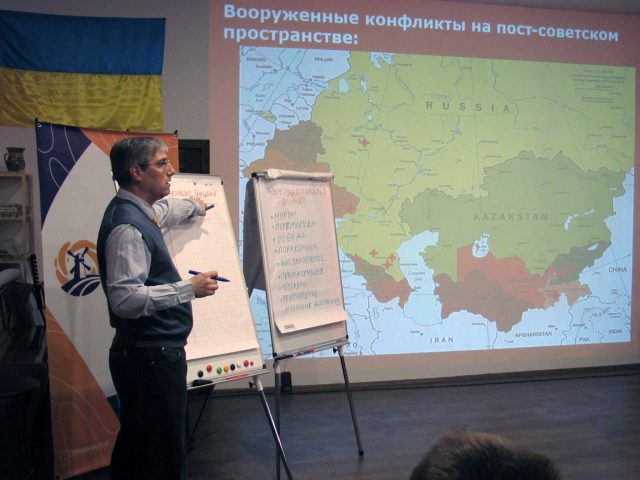