Ukraine is a truly bilingual country. Nearly all citizens of Ukraine understand Ukrainian and Russian languages.

People could have different operational language – the one they mostly use in everyday life, they could be actively bilingual – speaking both languages in everyday life, many could communicate freely in bilingual dialogues – when one side speaks Ukrainian and another side speaks Russian. Majority of citizens of Ukraine define Ukrainian as their native language, even those who predominantly speak Russian. People who cannot speak either of languages still can understand the other spoken language. TV and radio in Ukraine is largely bilingual, majority of citizens of Ukraine hear both languages daily.

Ukrainian and Russian language belong to the same – Slavic – branch of Indo-European languages. Russian is the 4th linguistically closest language to Ukrainian (after Belorussian, Polish and Slovak). Russian and Ukrainian languages share 64% of common roots[i].

Etymology of the words (except a last one) for all these languages is similar and very roughly means “without sorrow” (bez pechali). The longer story deals with a god of home hearth.

However, the meaning for the Russian word “Bespechnost’” is opposite to the others.

One of fundamental academical dictionaries of Russian language defines an adjective derived from this word:

Bespechny – Carefree, not taking the necessary precautions. Who is careless, he easily gets into trouble.

Main Russian term for “security” has different root and history. Literally, it means “without danger”.  The same academic dictionary of Russian language provides the same definition – “without danger”.

While it is quite possible to live without sorrow at least part time, it is arguable whether a human can live in a real world without danger.

The focus of our NGO Maidan Monitoring Information Center since 2014 is security. We have organized hundreds of security related dialogues since where we have been asking people to provide the definition of “security” in both Ukrainian and Russian. We routinely work in bilingual settings where some participants speak Ukrainian and other Russian. Monolingual dialogues are exceptional in our work.

Typically, we ask the question in the groups of people (10-36 participants) in two languages Ukrainian and Russian “What is security? Please think about it and write down a definition”. We experimented with the order of languages; however the results were non-sensitive to the order. We also tried to put the question in only one language and again the results were non-sensitive to the language.

We have questioned more than 500 people by the date of publication.

The answers can be divided in two groups.

Most people provided the first “unrealistic” answer very quickly, reasoning via System I according to Daniel Kahneman[ii]. Further discussion of the term had quickly made them to change their mind and agree that life without dangers is impossible.

However, it looks like for most Russian-speaking people of Ukraine “life without dangers” is the first idea associated with security.

People who stick to the first answer even after discussion also tend to say that security should be provided by the external forces and is not dependent of their own behavior.

The second answer is close to the language of Ukrainian Law on National Security and is realistic. People who provided such an answer usually see their own role in providing security even if they do not belong to law enforcement agencies or security professionals. They usually speak of knowing and abiding safety rules, acting responsibly, taking care of themselves and the family, etc.

During the very first discussion of the term “security” in Kramatorsk, December 2015 (publication about it in Ukrainian), one of Russian-speaking participant who provided first “unrealistic” answer, having realized the logical error, tried to explain her answer, said:

“But you have asked about the meaning of the word, not how it is in the real world!”

In fact, the question was “What is security?” The participant had revealed the most guarded secret of the Russian language – the dictionary definition of the “security” in Russian contradicts the realty.

Now think what the outcomes could be for the people who use the word that defines the most fundamental human need and this word describes the unreachable state.

Why I am writing this article in English? I want to invite European and American experts to research this phenomenon independently or together with us. The results of such research could provide the breakthrough in development of strategies of countering Russian aggression in Ukraine and elsewhere. 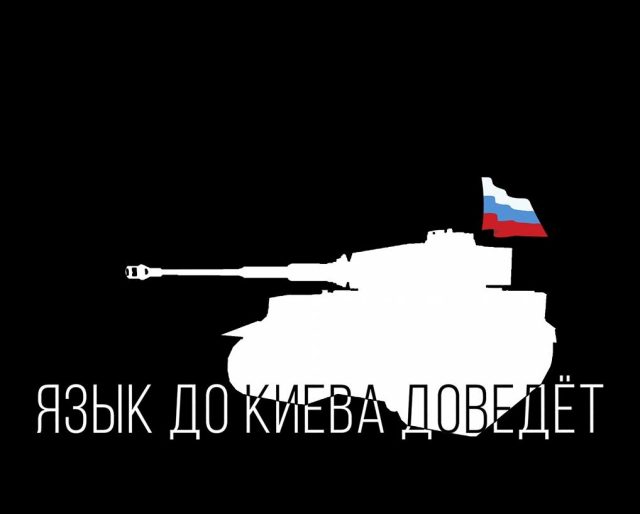 (Russian) Language will lead to Kyiv.

When Emotions Run Too High. The Role of the Media in the Polarization of Conflicts