Every check-point in Donetsk region has its own cat. They are all loved and taken care of. The one on the picture below is taking part in war operations somewhere around Mariupol. 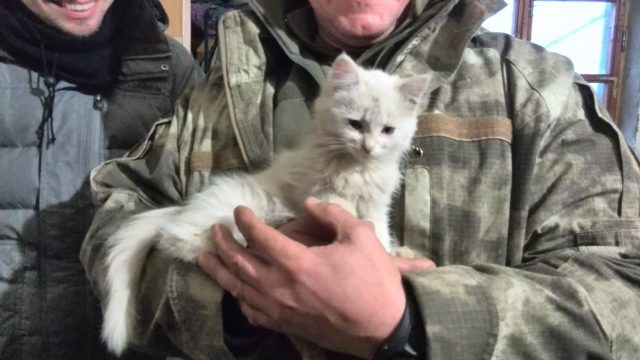 A cat is fighting – it is not a metaphor. Army cats work as psychologists or as “walking happiness,” as one battalion commander put it. Those cats also hunt mice and rats that are found by the hundreds at military posts in the steppes.

Also, cats can sense explosions before humans see them. They can detect strangers and warn their masters about upcoming danger. Cats are real human resources specialists, too — a cat can sense a human’s mental condition. One battalion psychologist stated that a cat’s behavior helps in assessing the level of assistance that needs to be provided to a human who was involved in military action.

When the Ukrainian army takes over a new area, troops immediately start a search for local cats. When the army retreats, it ensures that all of its cats are left in good hands. “A cat from a block-post is in search of a new owner” — such posts from soldiers and volunteers are found regularly in social media. 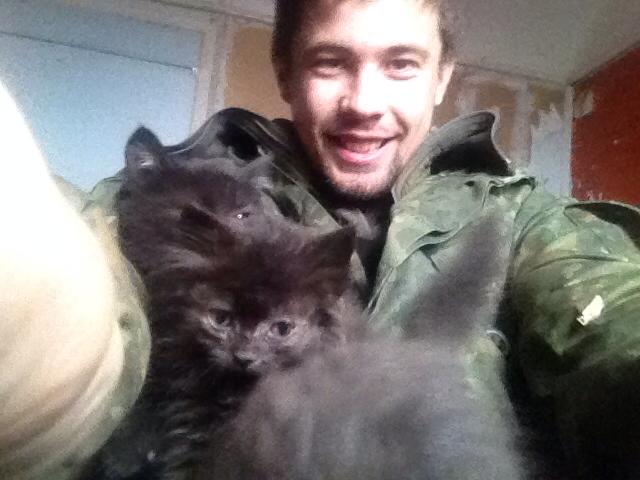 A kitty offered by our NGO member Vitaliy who is in the Army now.

The number of dogs taking part in military actions is a much smaller. A dog has to be well trained, to prevent unnecessary barking. Army cats make no noise at all.

The video below shows a local cat simply walking through a combat position in the steppes of Donetsk, entertaining and cheering Ukrainian soldiers.

Here is a message from our Kharkiv EuroMaidan combatant, Ivan Kravchenko: “We have a lot of cats. Two of them were pure wild cats, 8 kilos each, the rest are small kittens from 4 to 8 months. Wherever we are stationed, cats come to us on their own. This grey-white one, hid himself under the bed 10 seconds before the explosion today. From now on we call him a Bomb Barometer.”

Volunteers who move through the occupied territories state that they have seen a lot of wild dogs at the separatists’ check-points, but no cats. It turned out there is a reason for that. This reason is not a pleasant one.

Once I have visited a remote block-post to find a kitten for the soldiers. There were none around, even at the garbage bins. The separatists used all the cats to clear booby traps. They soaked the animals’ tails in gasoline and encouraged the cats to run in the direction of booby traps, in order to trigger explosions. If an animal hesitated, they would light up its tail to force the cat to run. By doing this, the separatists have exterminated all cats in the neighborhood.

The Ukrainian Army has a different approach to these mysterious animals. Our soldiers are perplexed more by the separatists’ inhumane attitude towards the animals than by the war’s human losses. The reason is that the animals are not able to defend themselves. When I asked one of the soldiers why he would pity a cat versus a human being, he answered that a soldier always has a choice to fight or not, but a cat does not have that privilege. This is what makes a difference between them.

My interviewee has observed that that these stories have de-humanized the separatists. Having visited all combat areas in the Donetsk region, I have realized that our opponents are very successful in de-humanizing themselves.

The use of animals for military purposes has its own history in the Russian Army. Take a quick look at this “anti-tank dog“ article. I have to warn you though that this story is very disturbing.

My friend Sonia Kagna writes: “There could be no doubt that Ukraine will win because it is impossible to defeat an army of cats. Have you ever tried to make your cat do something he did not want?” 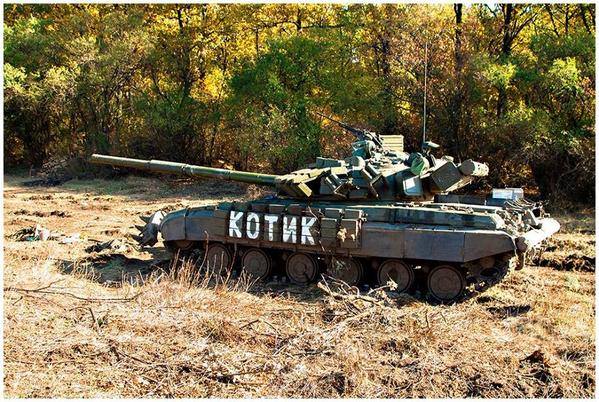 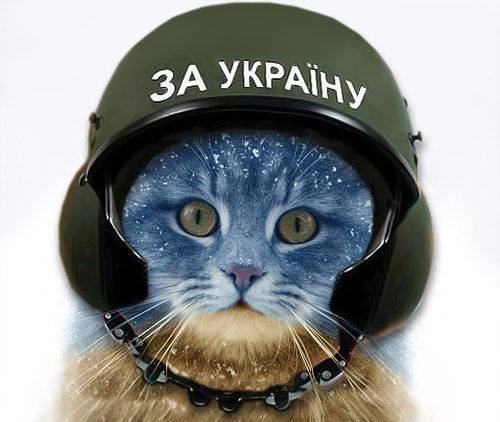 Ukrainian Cat Army. Why the Ukrainian Military Will Put Up Monuments to Cats

2 Comments on "Ukrainian Cat Army. Why the Ukrainian Military Will Put Up Monuments to Cats"