As the presidential election draws nearer, who will be the next president of the United States is on almost everyone’s mind, not only in the United States, but throughout the world. The election is no less a matter of great interest and concern in Ukraine.  With that in mind, the following are a series of quotes from Presidential candidate Donald Trump over the last two months dealing with Ukraine and Russia.

On Sunday, July 31, 2016 on “This Week” with George Stephanopoulos Trump responded to Stephanopoulos’ query why Trump had softened the GOP platform on Ukraine removing the call for providing lethal weapons for Ukraine to defend itself:

Regarding the Russian annexation of Crimea, Trump responded:

“I’m going to take a look at it. But, you know, the people of Crimea, from what I’ve heard, would rather be with Russia than where they were. And you have to look at that also.”

On Wednesday, September 7, 2016 interview with Matt Lauer on the USS Intrepid:

“Well, he (Putin-AL) does have an 82% approval rating, according to the different pollsters, who, by the way, some of them are based right here.”

“If he (Putin-AL) says great things about me, I’m going to say great things about him. I’ve already said, he is really very much  of a leader. I mean, you can say, oh, isn’t that a terrible thing – the man has very strong control over a country.”

These quotes are not taken out of context. They have not been redacted or explained by the candidate or his campaign and, in fact, Mr. Trump has on more than a few occasions confirmed this position. He has often boasted that Putin has called him brilliant, although the Russian word used by Putin “yarkii” is probably best translated as flamboyant.  Mr. Trump’s main opponent Hillary Clinton has replied,  “It is beyond one’s imagination to have a candidate for president praising a Russian autocrat like Putin.”

Trump misconstruing and then gloating that Putin had called him a genius has been trivialized by some as Trump simply acting as a child or a buffoon. Trump may be both. In addition he is inarticulate, not well educated and replete with other deficiencies. Nevertheless, because he is a viable candidate for the presidency of the United States from the Republican party, he is exceedingly dangerous.

“What Winston Churchill said about an adversary – “He spoke without a note, and almost without a point” – can be said of Donald Trump, but this might be unfair to him. His speeches are, of course, syntactical train wrecks, but there might be method to his madness. He rarely finishes a sentence (“Believe me!” does not count), but perhaps he is not the scatterbrain he has so successfully contrived to appear. Maybe he actually is a sly rascal, cunningly in pursuit of immunity through profusion.”

Whatever you choose to believe, whether Mr. Trump’s utterances are genuine or contrived, whether he is presidential material or a clown, in my memory, never has a candidate for President of the United States been more pro Russia and more anti Ukraine. Furthermore, never have the stakes been higher for Ukrainian democracy and independence. Whatever, a Ukrainian-American conservative feels towards Hilary Clinton with her many negatives, the “dislike” factor has to pale when confronted with the alternative.

Think about it and then vote your conscience or don’t vote at all if you really cannot bring yourself to vote for Hillary Clinton. If you vote for Trump, you may as well be voting for Vladimir Putin and for the demise of a free and independent Ukraine. No, Ukraine cannot do it alone. Perhaps, a guilt trip will be more persuasive. Consider the millions of Ukrainians who perished because of foreign, and in particular, Russian subjugation. Whether President Trump would turn out to be a willing accomplice or simply a useful idiot, it does not matter. The result would be the same. 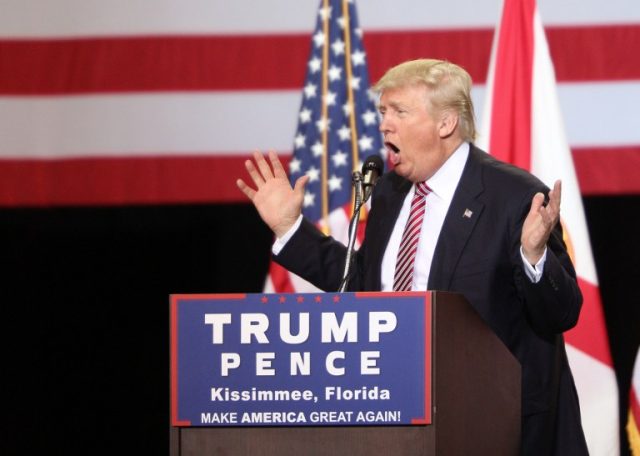 PWC: What is the purpose of business?