The diplomatic breakthrough that allowed Germany to reunify happened on May 31, 1990, in a meeting between US President George H. W. Bush and Soviet leader Michael Gorbachev in the White House.

The Soviet line had been: unification yes but not in Nato. The US side insisted on Nato membership for the united Germany.

In the meeting Gorbachev proposed German membership in both alliances, Nato and Warsaw Pact.

Here’s how Philip Zelikov and Condolezza Rice (Germany unified and Europe transformed, 277f.) describe the moment in which the Soviet leader gave green light for Germany’s unification in NATO:
“President Bush then introduced an argument that other U.S. and West German officials had begun to employ on lower levels. Under the CSCE principles in the Helsinki Final Act, all nations had the right to choose their own alliances. So Germany should have the right to decide for itself which alliance it would join. Was this not so? Gorbachev nodded and agreed matter-of-factly that this was true.

The Americans were startled. They could see Akhromeyev and Falin, on the Soviet side, shifting their seats. Blackwill whispered to Zoellick, sitting next to him, that he would pass a note to the president. Zoellick agreed. Blackwill jotted down a quick note pointing out to President Bush that, surprisingly, Gorbachev had just supported the U.S. position that nations have the right to choose their own alliances. Could the president get Gorbachev to say it again?

Buch could. “I’m gratified that you and I seem to agree that nations can choose their own alliances,” he said. Gorbachev answered: “So we will put it this way. The United States and the Soviet Union are in favor of Germany deciding herself in which alliance she would like to participate”, after the conclusion of the Two Plus Four settlement. Bush then suggested an alternative formula: “The United States is unequivocally advocating Germany’s membership in NATO. However, should Germany prefer to make a different choice, we will respect it.”

Gorbachev agreed with this formula. Meanwhile his aides could not conceal their distress. Zoellick recalled the scene as “one of the most extraordinary” he had ever witnessed. There was a palpable feeling — conveyed through expression and body language — among Gorbachev’s advisers of almost physically distancing themselves from their leader’s words.” 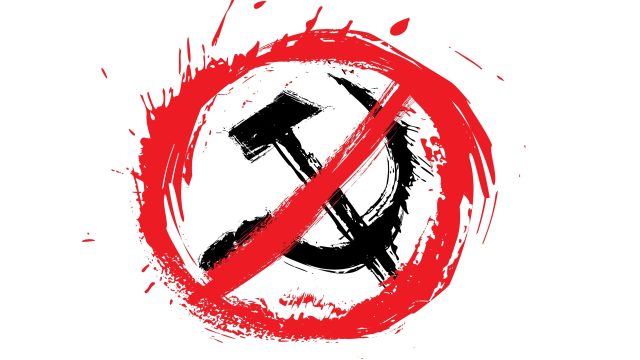 If you vote for Trump, you may as well be voting for Vladimir Putin and for the demise of a...