154 people applied for participation in the School this year including 133 women and 21 men. 24 applications were selected by the School team according to the following criteria:

As planned, half of the applicants were selected on the advice of members Ukrainian Peacebuilding School network. It was the highest contest ever in the School’s history – 6.4 applicants for 1 place.

New selection criteria were developed based on the experience of our German partners Kurve Wustrow in project management and evaluation and helped to find a group of participants much more prepared and motivated for social intermediation than in all previous years.

16 women and 7 men participated in the first 5-day long session of the School. The youngest girls were 23 years old, the oldest women were 54 years old, the average age of participants was 37 years.

Participants were from 17 locations, 9 locations news to the School are marked in bold.

Participants represented: 13 civic organizations, 4 business associations, 2 charity foundations, 2 social service institutions, 2 local councils, 1 district administration. Among the participants there were activists of three political parties that are in fierce opposition to each other.

The atmosphere of trust and partnership between the participants and trainers emerged during the first day in School, in contrast to the previous groups where this process took the whole first session and sometimes the part of the second one.

The School team explain fast trust building process with the new group of students by the good selection process and by the curriculum innovations made possible by a deep analysis of the previous school experience and creative application of practices of nonviolent action and methods of our partners Kurve Wustrow. 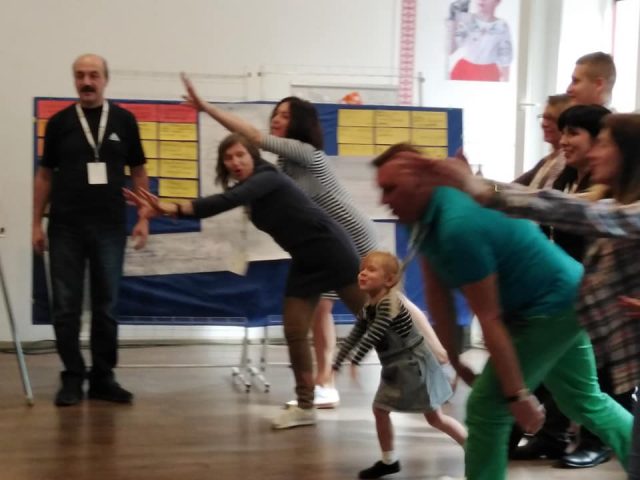 Traditionally learning in Schools occurs together with kids of the School team. They eagerly participate in communication training by Volodymyr Lanko.

The theoretical base of social intermediation will be presented to the students during the second session in December, however most of them had already grasped the concept of the new profession via the practical trainings.

The topic of the first session was “Conflict competence”.

The students were provided with such knowledge:

The students were trained with such skills:

Real life and recent conflicts were used as learning materials. Different methods of conflict analysis were applied on the story of the “Faino” club founded in Kramatorsk by the Social Intermediary School alumni in 2015. Equality Parade and the counter assemblies organized in Kharkiv the day before the School started were analyzed by the dividers and connectors as a part of Do No Harm method. The story about a hundred runaway pigs that terrorized a village in Poltava oblast this summer was used for the training “Your recipe for conflict management”.

Some participants had already defined conflicts in their communities they would like to try to manage. These conflicts include those related to the creation of united territorial communities and expert councils for the government institutions; disputes over the ownership of the abandoned buildings and management of healthcare institutions; non-payment of wages to miners;  competition for resources in the civic sector.

During the intersession practice, which will run until December, all participants will have to create study plans of conflicts important for them. Some students already planned practical work on community conflicts, including collaborative activities with participants from other locations.

The unexpected high level of collaboration of the group made the School team to significantly review the educational and methodological program of the next sessions of the School, which will take place in December and February. The team of Social Intermediary School is very grateful to our listeners for the opportunity to work together! 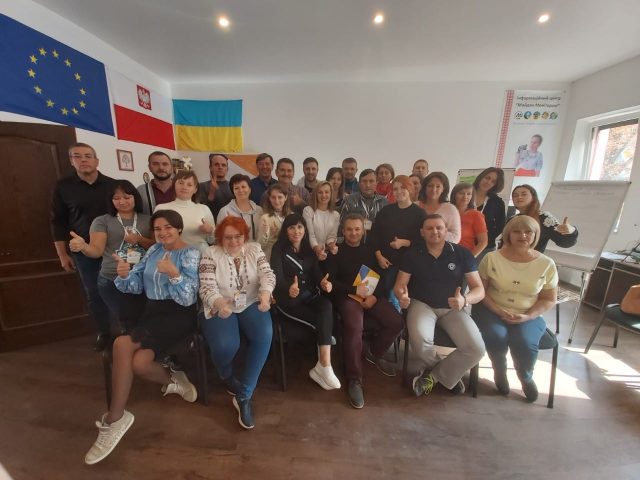 The first training module of the 5th Social Intermediary School ended. I am returning home with new knowledge and skills I will definitely be using in my future activities. I express my sincere gratitude to the mentors and organizers for the wonderful preparation of the learning process. I look forward to the new modules.

I keep shouting about stereotypes, but I get trapped in them.

Over the last week I have discovered people from the east … Donetsk and Luhansk regions.

We are used to thinking that they are extremely pro-Russian, etc. Of course, I did not think so radically. But still.

You really showed me that Donbass is much more Ukrainian than we imagine.

Linguistically or culturally, Donbass, like the South, is not 100% Ukrainian, but the way of thinking is Ukrainian.

I love you — with Dmytro Zvonok. 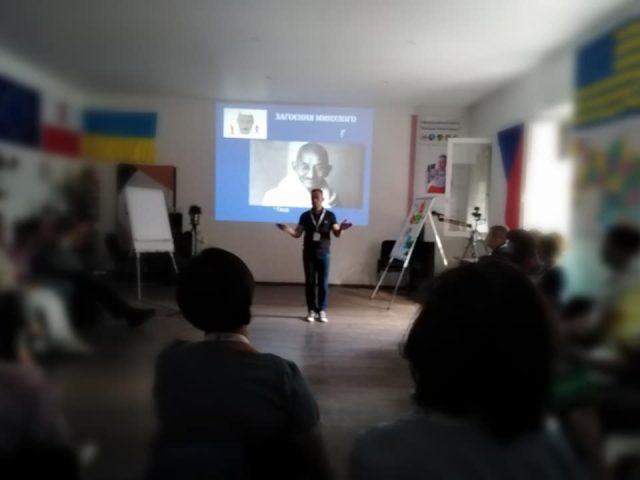 The final part of the lecture by Oleksandr Zinchenko.

Valeria Gontar is thinking about my future

Lecture by Oleksandr Zinchenko dedicated to historical memory and how to overcome gravity of the past gives an idea of why the past is important and cannot be ignored in all the processes in the country, in the communities.

Structure, analysis, dynamics of conflicts, research and diagnosis. Difficult, emotionally sensitive material, however it was all worth it!

Thanks to the trainers, to the group, to every participant for these 5 days!
Igor Dubrovskiy, Nataliya Zubar, Ihor Semyvolos, Dmytro Zvonok

I am waiting for continuation.

By the way, we took part in the creation of a people’s newspaper on the Liberty square and visited the Biennale of Young Art 2019 “It seems I am going to our garden.” 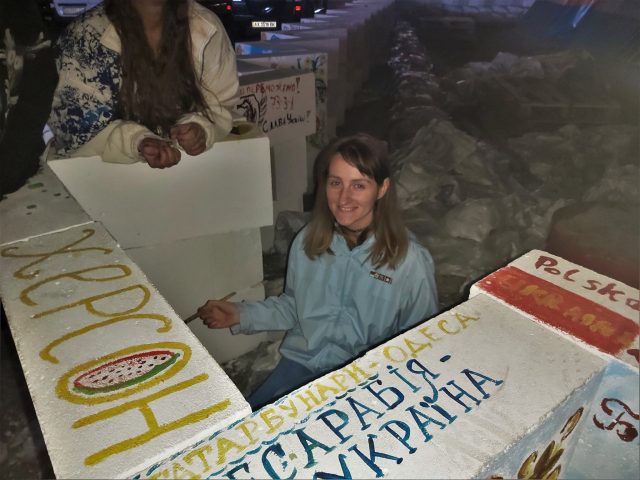 People’s “newspaper” on the Liberty square

In 2018-2019 the Social Intermediaries School is part of the Civil Peace Service program: “Empowerment of civil society for non-violent conflict transformation with state actors – Project-line ‘Platform for (successful) Nonviolent Activism’”. The project is funded by K. Wustrow – Centre for Training and Networking in Nonviolent Action, within the framework of Civil Peace Service, a program of Germany’s Federal Ministry for Economic Cooperation and Development (BMZ).