Today was a relatively quiet day in Kharkiv. Heavy shelling of the suburbs resumed in the evening. However, the night, morning, and next day were relatively calm. Since the shelling was infrequent and less intense, I was able to enjoy the silence for a little while. But as the evening approached, mass shelling started again, and many parts of Saltivka, Velyka Danylivka, Rohan’, Dergachiv, Oleksiyivka, and the Kharkiv Tractor Plant neighborhood got hit very badly. Numerous fires were reported as a result of the shelling, as well as numerous dead and wounded. 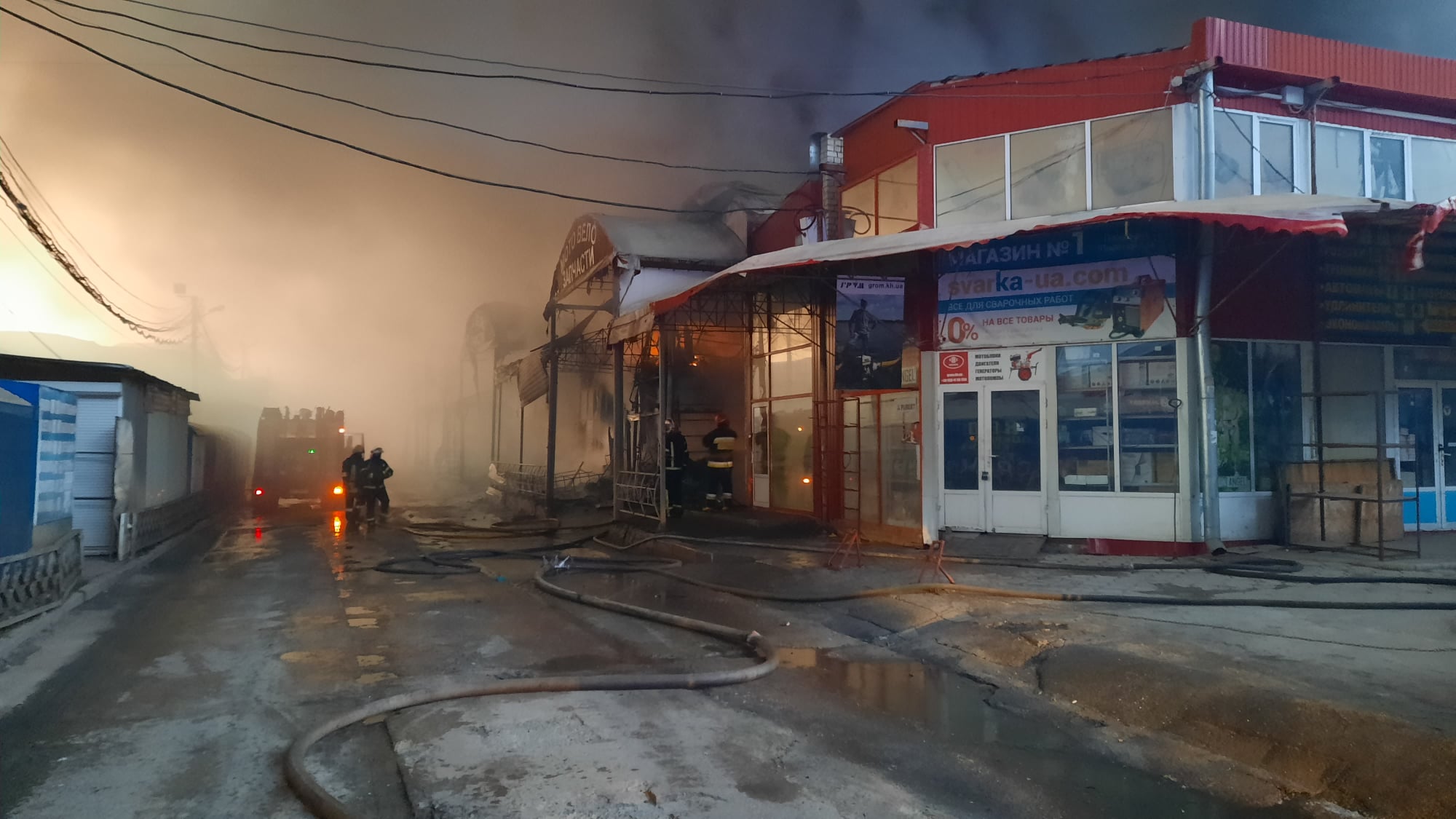 There was no heavy fighting today. Our military is conducting raids and destroying Rushist forces, keeping them from advancing along the primary routes to Kharkiv. These are preventive moves. Multiple members of a sabotage group have been caught in the city thanks in large part to vigilant residents who report suspicious people. So, if you see something suspicious, report it through the appropriate channels. There’s been a problem with official city phone numbers, which don’t always work. Bug law enforcement officers have been posting currently functioning mobile phone numbers for such reports on social media. There are also Telegram bots for such purposes.

A few days without heavy shelling allowed space to restock goods in supermarkets. Depending on the chain, the selection varies. Kharkiv grocery store chains, Class and Rost, have enough goods of all kinds. Obviously, the abundance of choices we had in the middle of February is far from today’s reality, but at least there are no empty shelves in the areas where there is no shelling. Gradually, more and more pharmacies are reopening, and stores that sell things other than food are resuming business.

An ICTV report about an operation to save a man from under the rubble of the Academy of Public Administration (which separately shed light on the work of utility workers) describes the overall mood in the city. One of the workers involved in the rescue operation said, “We will die standing up rather than kneeling down.” And this is actually the dominant position among Kharkiv residents.

Fighting continues in the Izyum area, making it impossible to deliver humanitarian aid there and to the village of Oskil. It is also impossible to evacuate residents. Temporarily controlled villages near Kharkiv—Mala Rohan’, Lyptsy, Ruska Lozova, and others—suffer from depletion of resources and occupation. There are media reports of Muscovites handing out humanitarian aid in Balakliya and other towns in the region, and this is a question of survival and desire for freebies, as there are enough people who aren’t too picky…

Today, the village of Korotych near Kharkiv was shelled, leaving damaged buildings and one person injured as a result. Unfortunately, Muscovites are already present on the outskirts of Mariupol and beginning to deport civilians: some people are being sent to remote regions, and some are disappearing altogether. More cases of looting, murder, and rape by Rushists are popping up.

Today, our military shot down a cruise missile launched by Muscovites near Popasna using the Stinger MANPADS! (Translator’s note: Stinger is a man-portable air-defense system that operates as an infrared homing surface-to-air missile). This system is designed to combat airplanes, helicopters, other large targets, but not cruise missiles. Theoretically, you could use it to bring down a missile. Our people are indeed rewriting the history of military science, because this specific model of “Stinger,” which is capable of taking down objects the size of an unmanned aerial vehicle, appeared only last summer. The rates of successful hits are the best in the history of operating this MANPADS: 100 lucky aims out of 112 shots, all done by Ukrainians. According to official information, our Chornobayivka has been shelled for the sixth time (!!!). People are now waiting for the seventh season to come out :)

And traditionally, the Darwin Award goes to two Muscovite cities. It’s not about Voronezh this time but ZheleZnovodsk and KisloVodsk. They changed their town signs until Putin’s “special operation” in Ukraine ends. (Translator’s note: ZheleZnovodsk and KisloVodsk changed their city names temporarily to include latin “Z” and “V,” respectively, which are the symbols of the Russian invasion of Ukraine.) Nothing changes in Moscowland, which is why even a multiyear “derussification” would not help. The imperial gene, which has been cultivated there for 500 years, since the times of Ivan III and the emergence of the concept of Moscow as the “third Rome,” cannot be cured with the simple methods that were applied in post-Nazi Germany. If the doctor says take the patient to the morgue, take the patient to the morgue.

By the way, the imperial gene and the Muscovite imperialism are what caused the war against Ukraine, not the inclusion of the NATO membership provision in our constitution, as [President Volodymyr Zelenskyy advisor Oleksiy] Arestovych claims. They simply want to destroy us and drive everyone else back into bondage of the evil empire. The empire is impossible without Ukraine, it’s the same as a one-legged featherless chicken.

Let’s help the military, law enforcement, volunteers, medics, rescuers, and utility workers. Let’s support each other morally (this one is important, as I’ve learned from my friends and acquaintances who stayed in Kharkiv). We will definitely win, because we are freedom loving Ukrainians!