One of the common types of targets for Russian artillery, missiles, and airstrikes have been schools, which we pointed out in our first analysis of the Russian Federation’s crimes against civil infrastructure.

According to Kharkiv’s mayor, 109 public schools have been damaged by Russian strikes over the past three months. A list in our possession compiled by the Kharkiv City Council includes 105 secondary schools and facilities for afterschool programs (arts, sports, creativity, etc.) that have been damaged. This list does not include some secondary schools that are overseen by the Kharkiv regional administration.

These 100-plus schools are located in the various parts of the city affected by artillery shelling, missile strikes, and airstrikes. The degree of damage and destruction varies from site to site.

In order to plan for resuming education in Kharkiv’s schools, the damage needs to be categorized to create a basis for decision making in regards to strategies for restoring these institutions and the possibility of conducting the educational process inside them, when the situation becomes safe and stable.

This is the approach we propose.

This school was struck once by a shell of unknown caliber that fell nearby. The blast broke the windows and damaged some window frames. As a result, the building is in need of replacement windows and cosmetic repairs inside. Education in facilities with such damages is possible provided the security situation permits it. That is when the area is safe and there isn’t a constant threat of shelling. 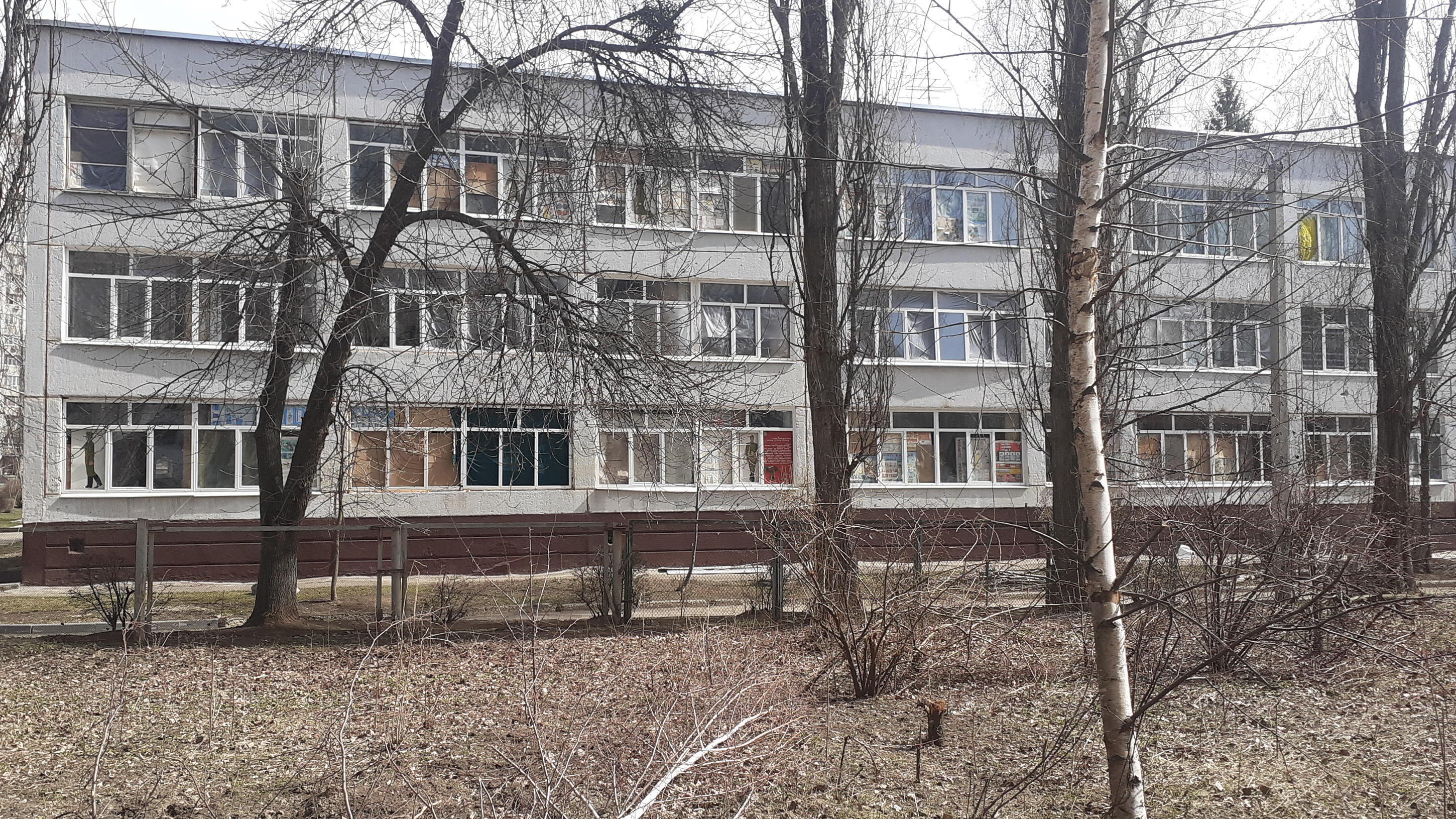 A funnel from a shell near the school 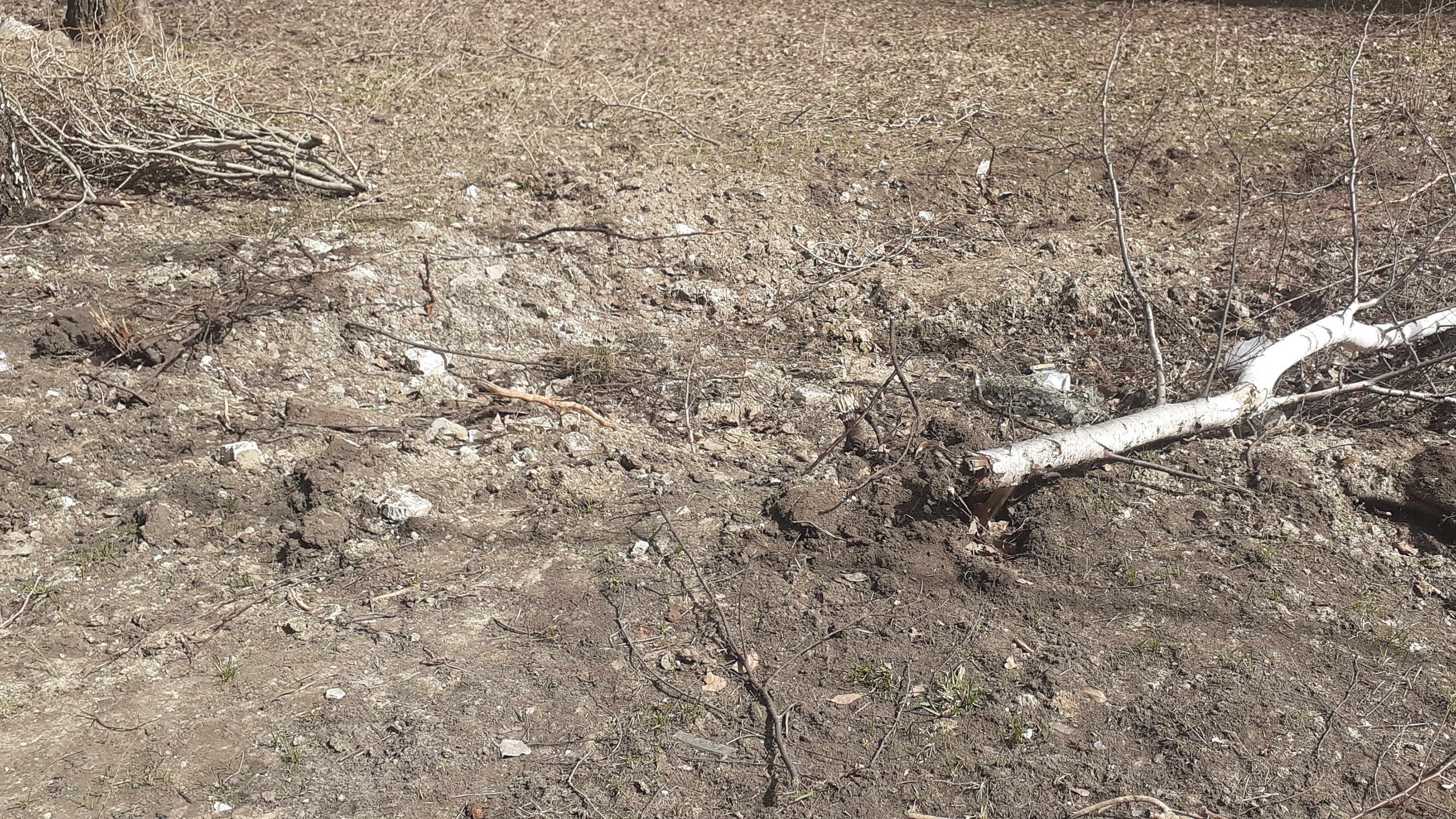 Photo of the school taken in early April 2022

This school sits on the outskirts of the city, and based on the location of the surrounding buildings it can be determined that a strike was explicitly directed at the school. External inspection shows broken windows and damage to the facade. The rest of the building was not damaged. This part of the school should be decommissioned during the renovation period. Another issue is security. It is dangerous to conduct education at a school located on the outskirts of the city, within reach of Russian artillery. 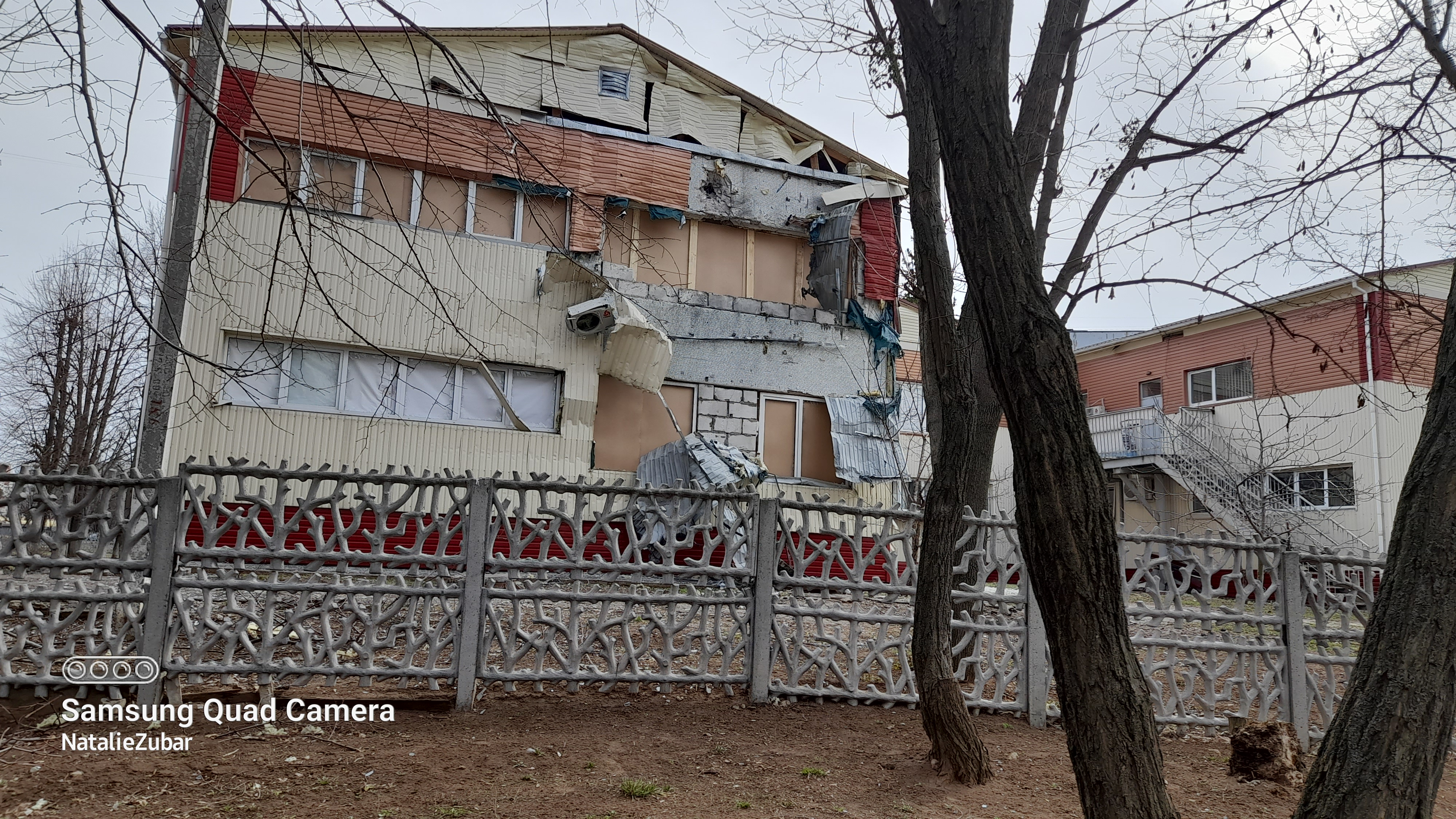 Photo of the school taken in early April 2022 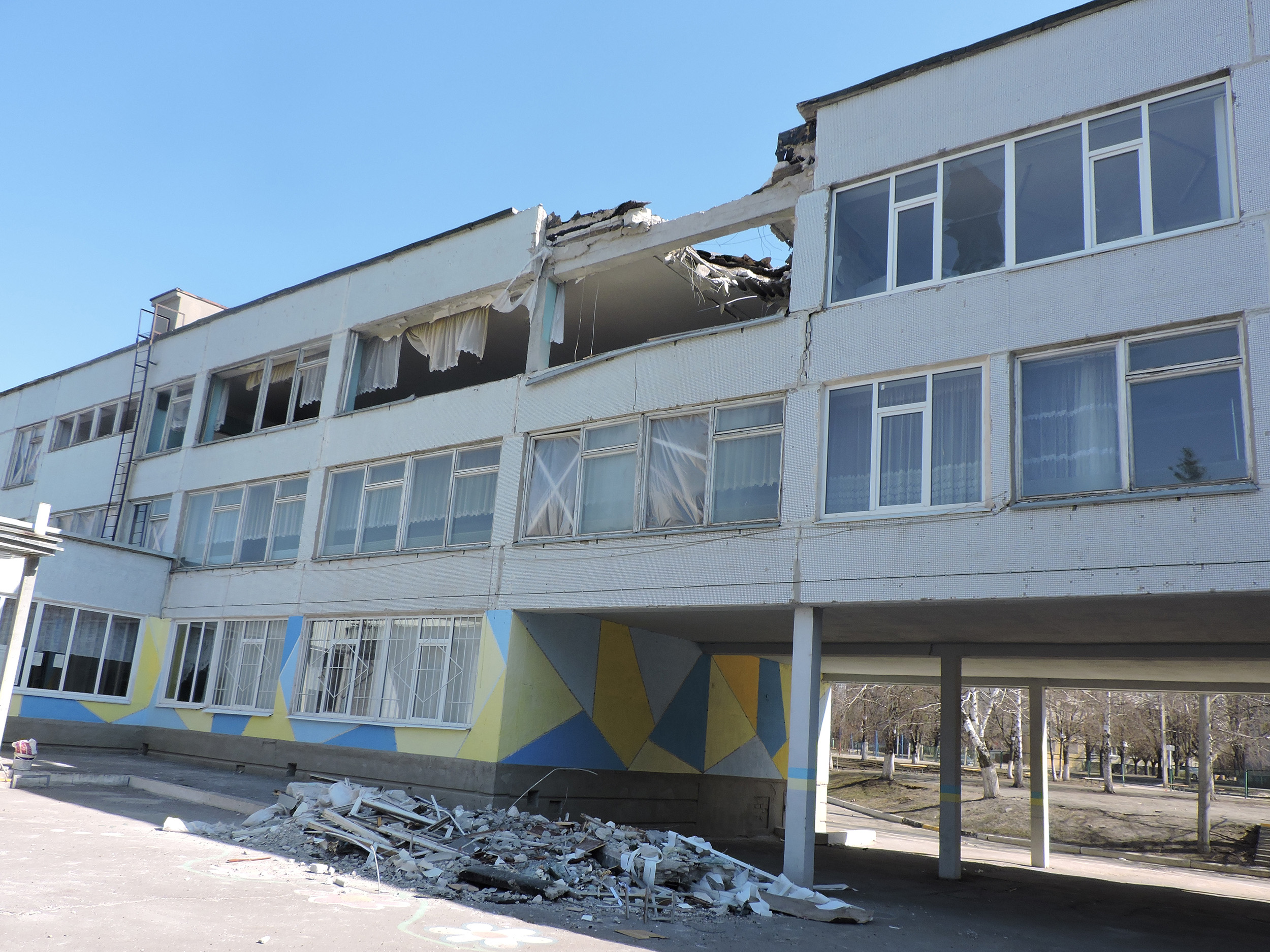 In addition, seams between wall panels between the third and second floors of the school are damaged. 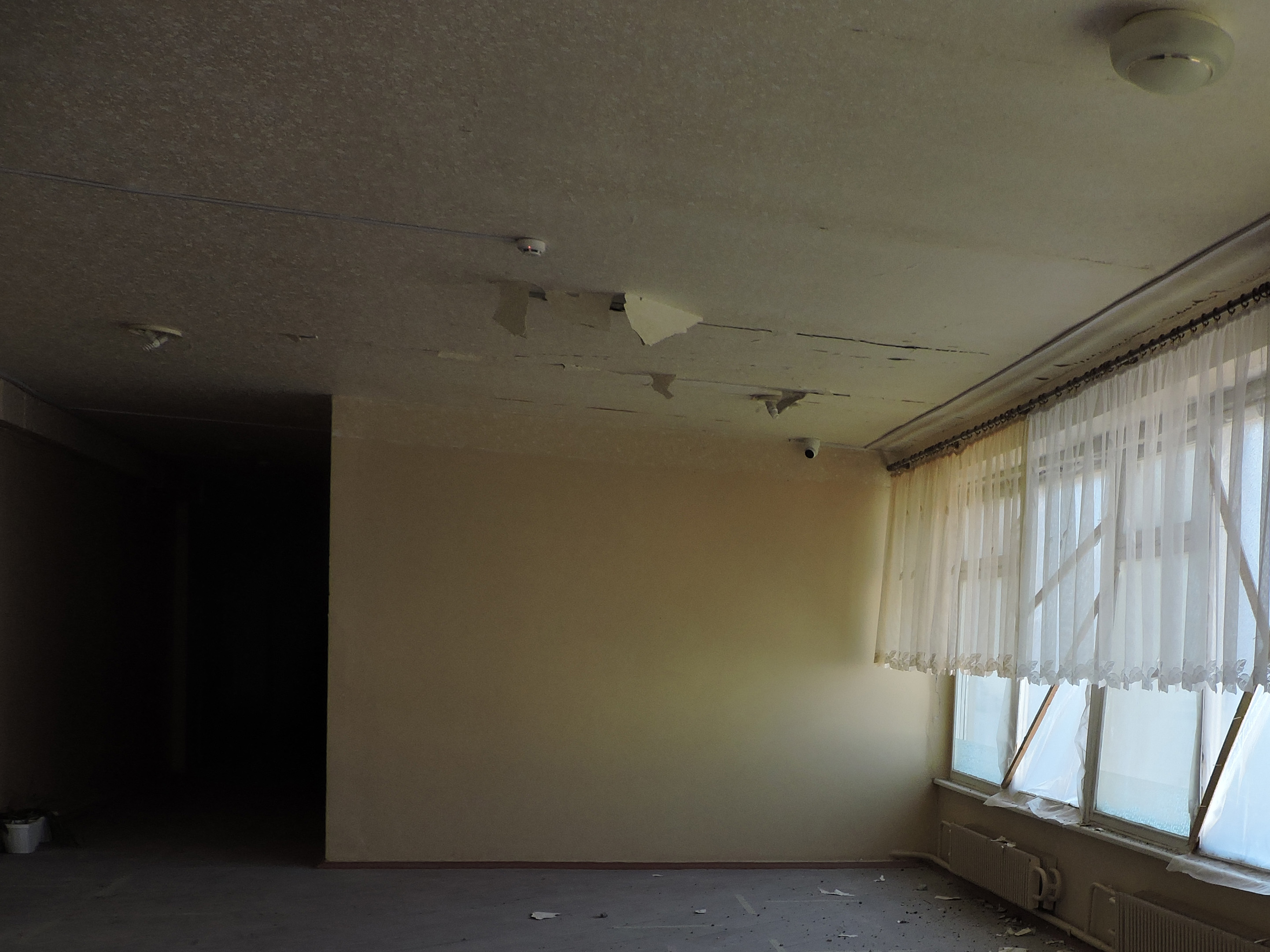 There is a funnel in the ground near the school as a result of the targeted shelling. 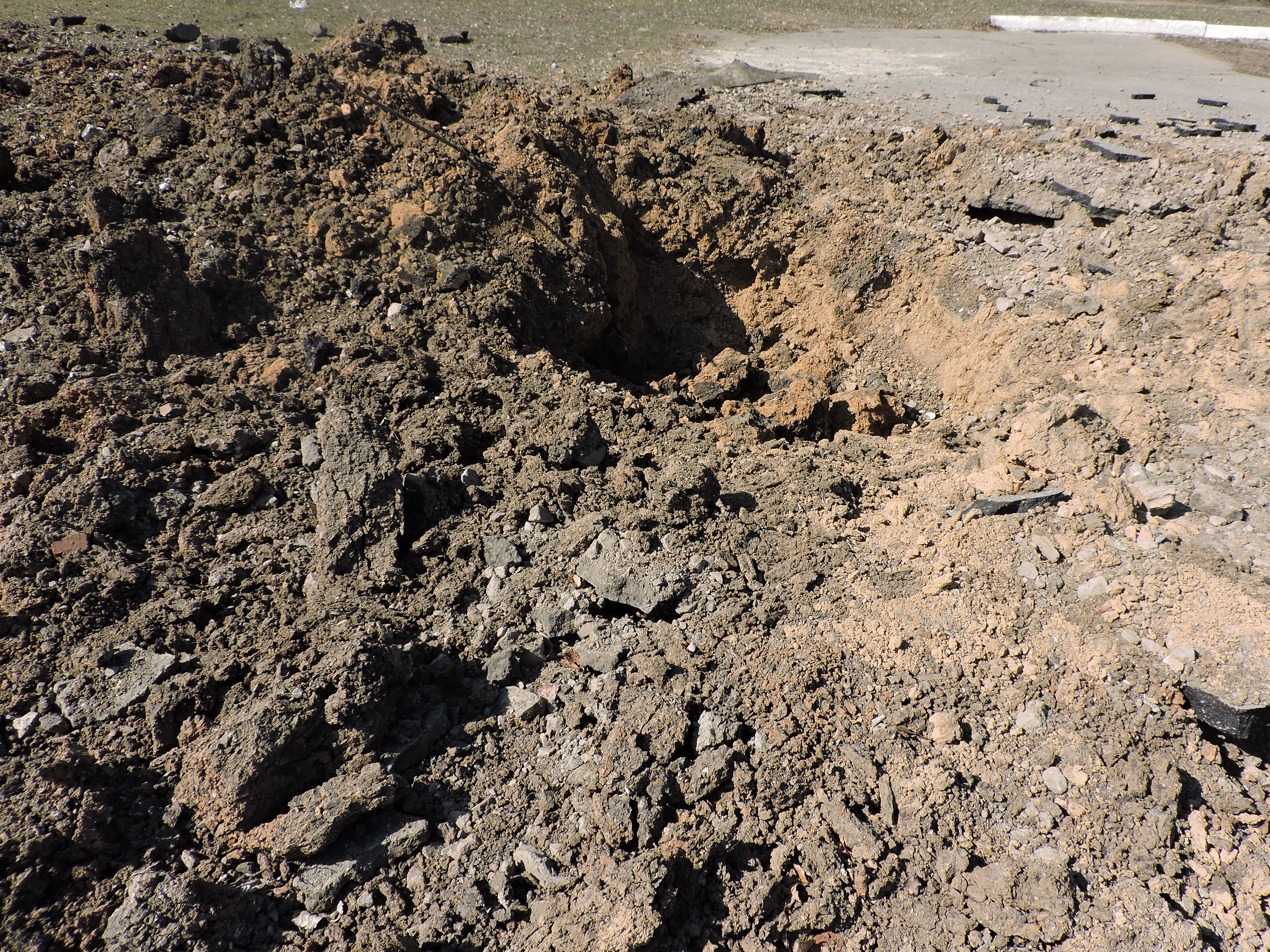 All photos taken at the end of March 2022

One wing of the school is unusable and needs major repairs. It’s possible to conduct education in the building to a limited extent, but until renovation is complete, some students will be either forced to study remotely or transferred to other schools. Of course, this will only be possible if the security situation permits it.

This was a targeted airstrike on the school. As a result, one of the school buildings was completely destroyed. Whatever equipment was inside these classrooms is lost. There are also some broken windows in another building. 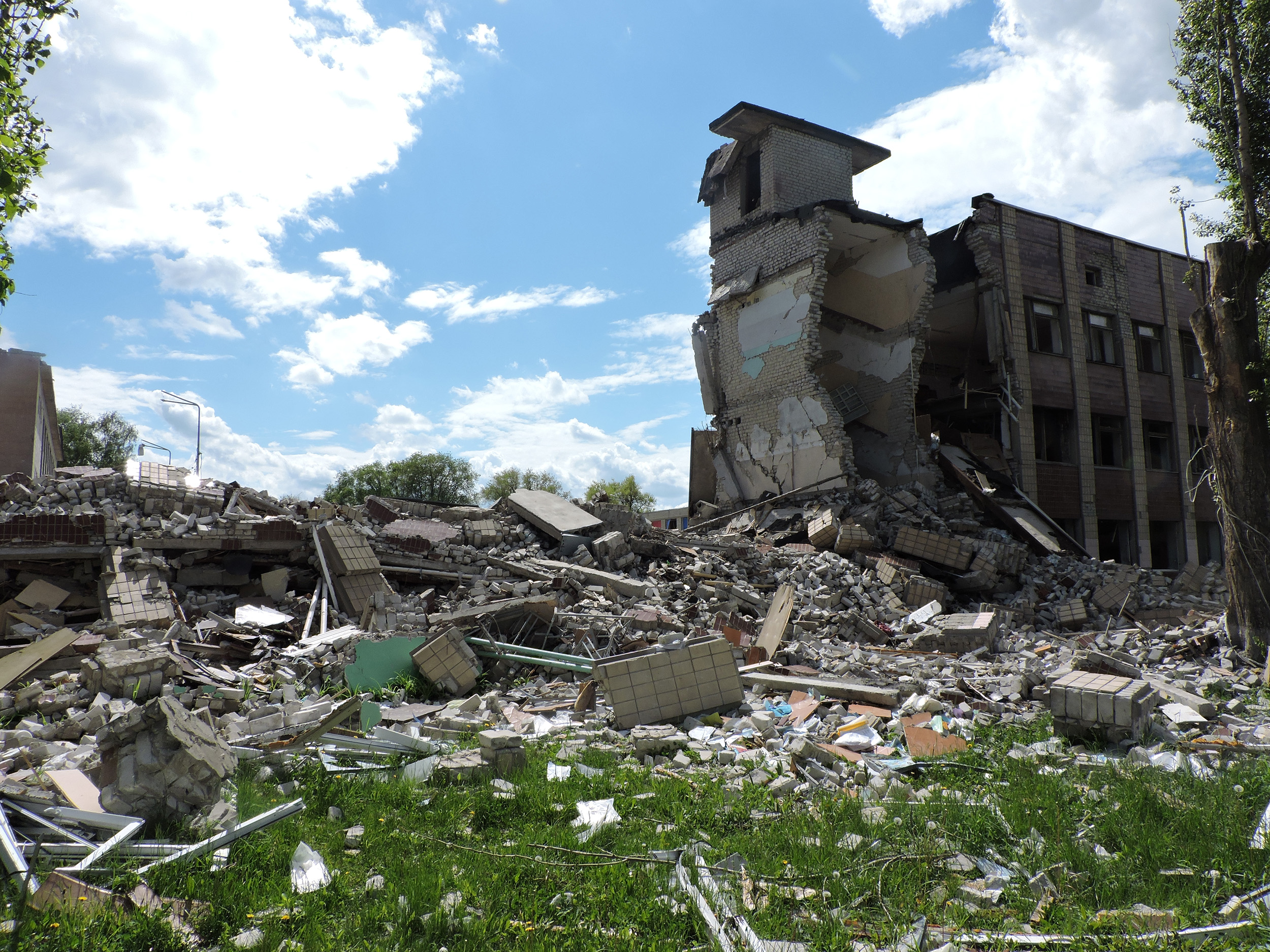 Learning can be provided in the surviving building once the remnants of the destroyed building is demolished and debris removed. The surviving building should be approved for further operation, and cosmetic repairs should be done. Some students will be either forced to study remotely or transferred to other schools. Of course, this will only be possible if the security situation permits. 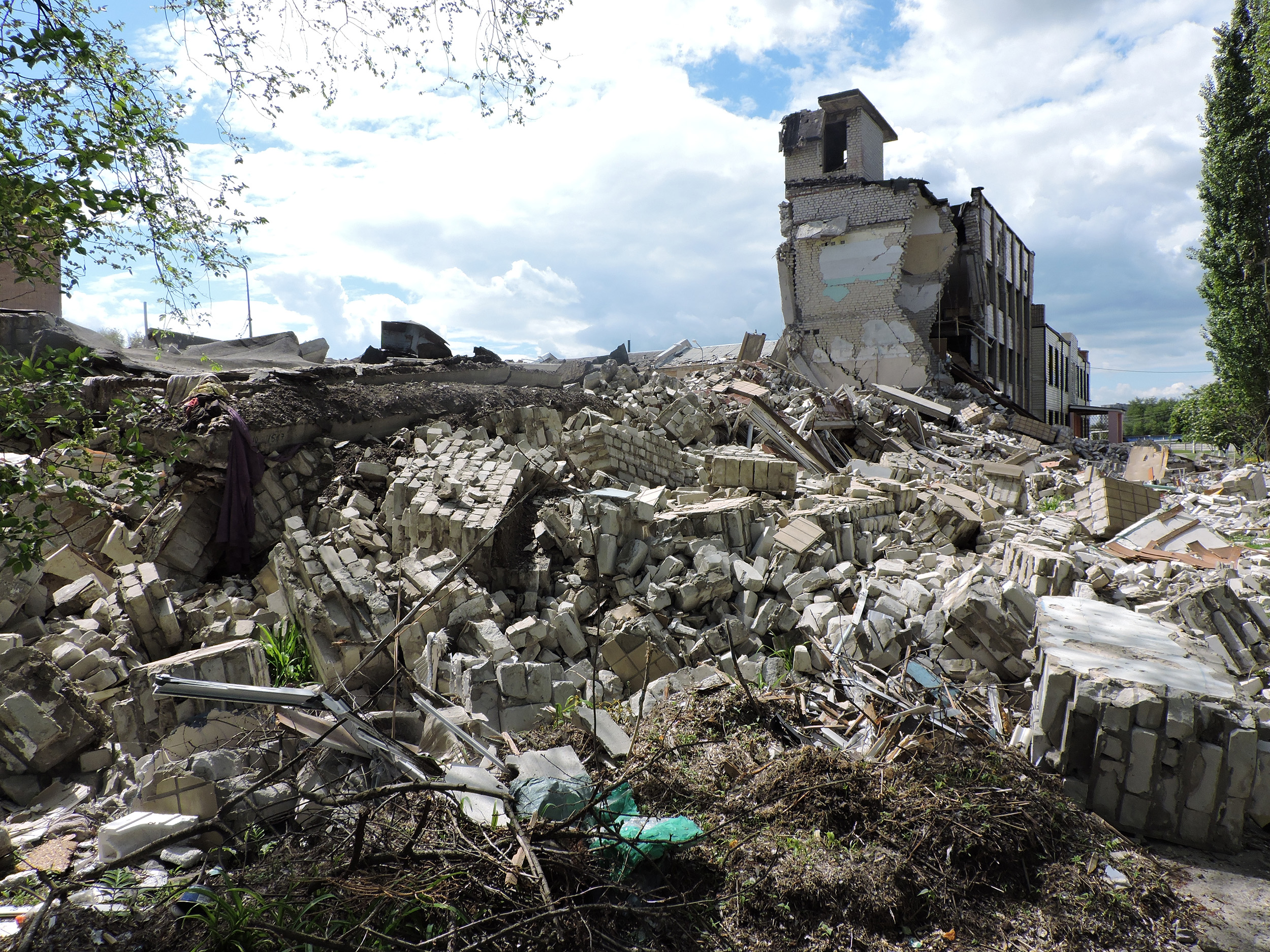 The school was damaged by a shock wave from an explosion caused by an air strike that occurred nearby. Front windows are broken, many along with window frames. There is likely significant damage to the interior and equipment. The condition of the roof was unknown at the time of writing. But it is obvious that the school is currently unfit for learning and needs significant repairs. The security situation in Kharkiv (assuming the facility is repaired) will impact the ability to conduct the learning process in the building. 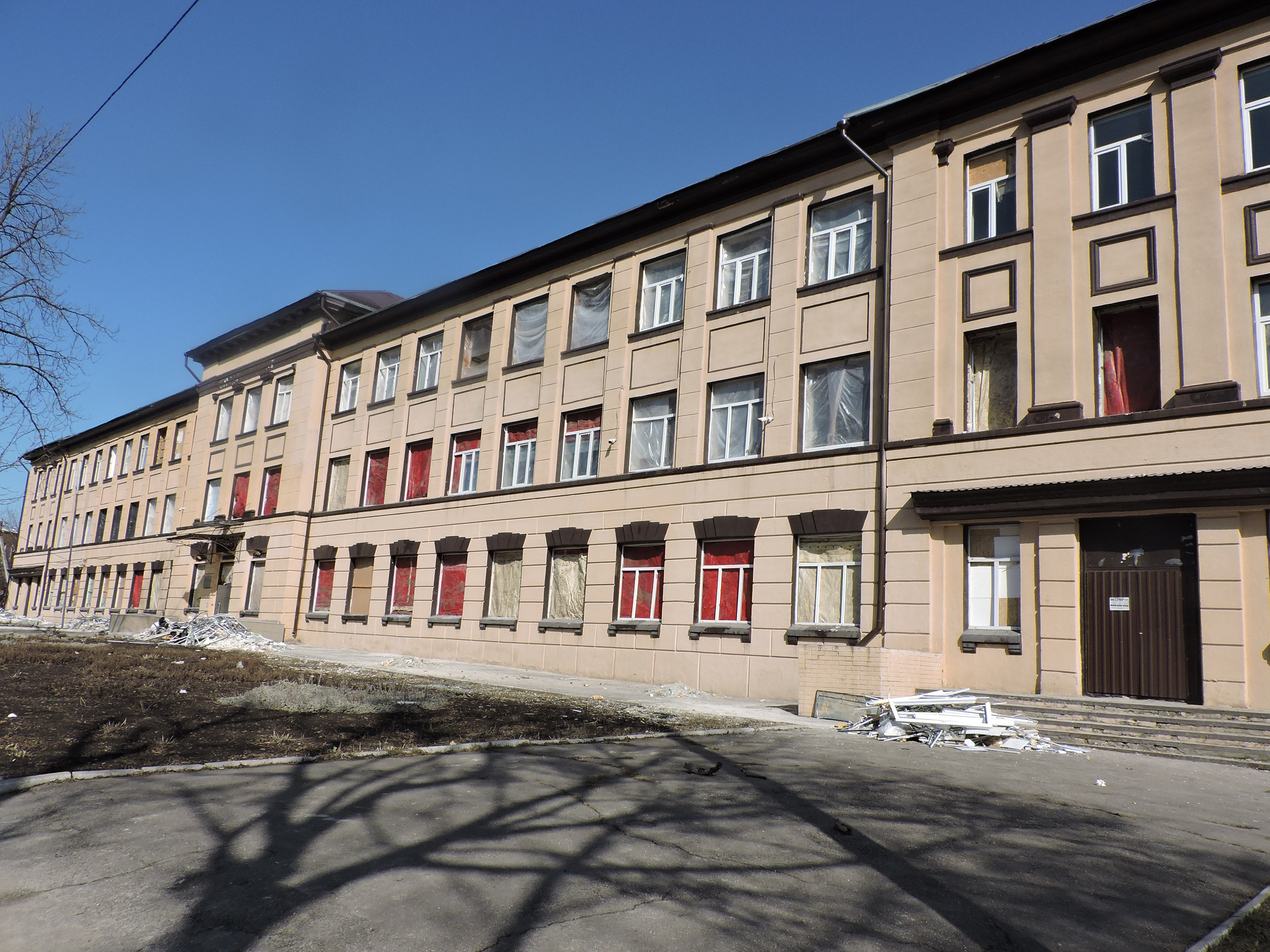 As a result of an airstrike on a nearby building, the school’s roof was damaged, its windows broken, and its interior and some equipment inside destroyed. The learning process in this building is impossible until it is repaired. The school building is an architectural monument of local significance. Reconstruction and restoration of the school is possible, because the walls and floors have survived. 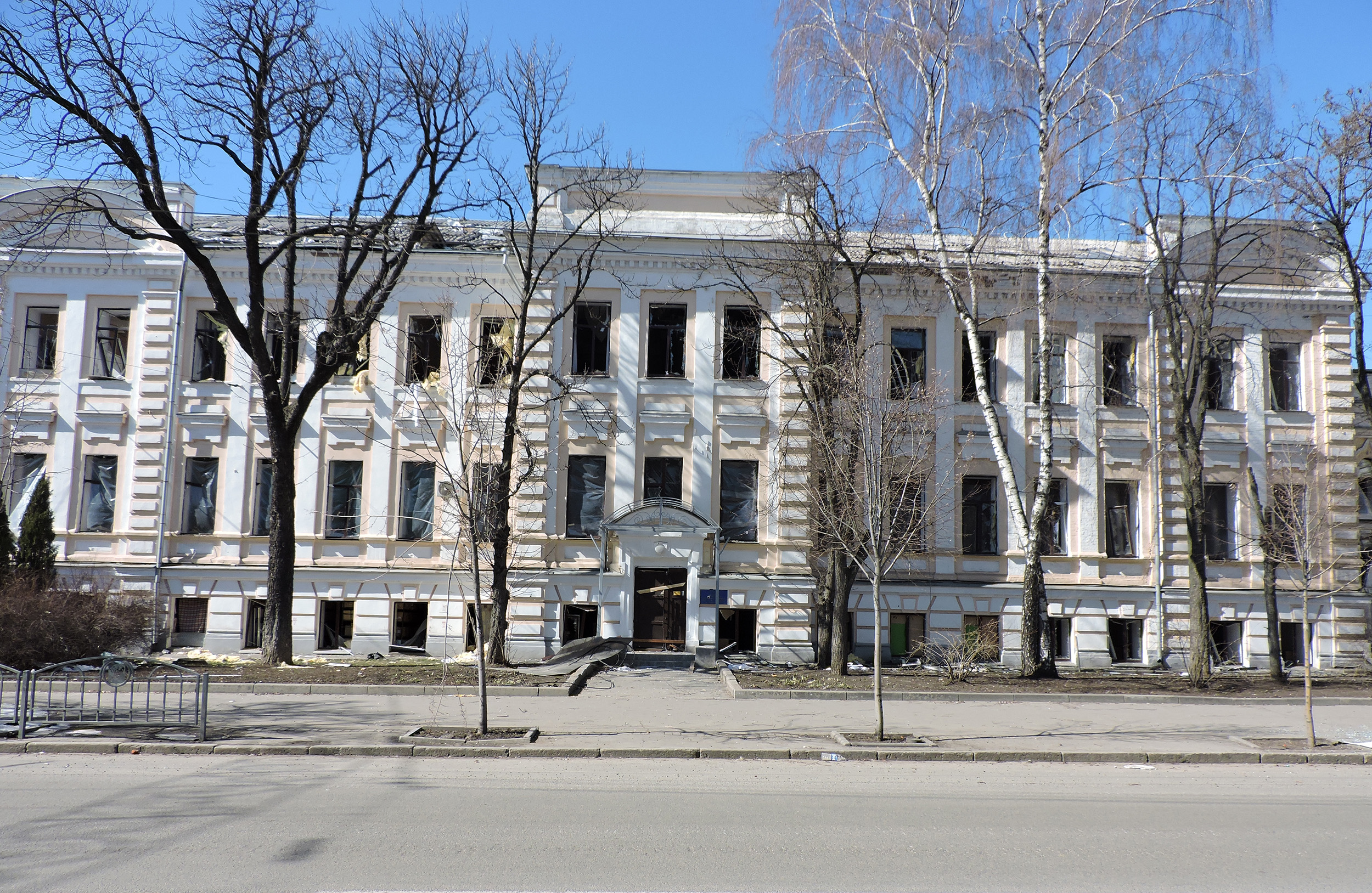 This school was built specifically for visually impaired children. After the relevant repair work, the education institution will need new equipment necessary for the learning process. Because this is also a place where children can live, safety remains an open question. 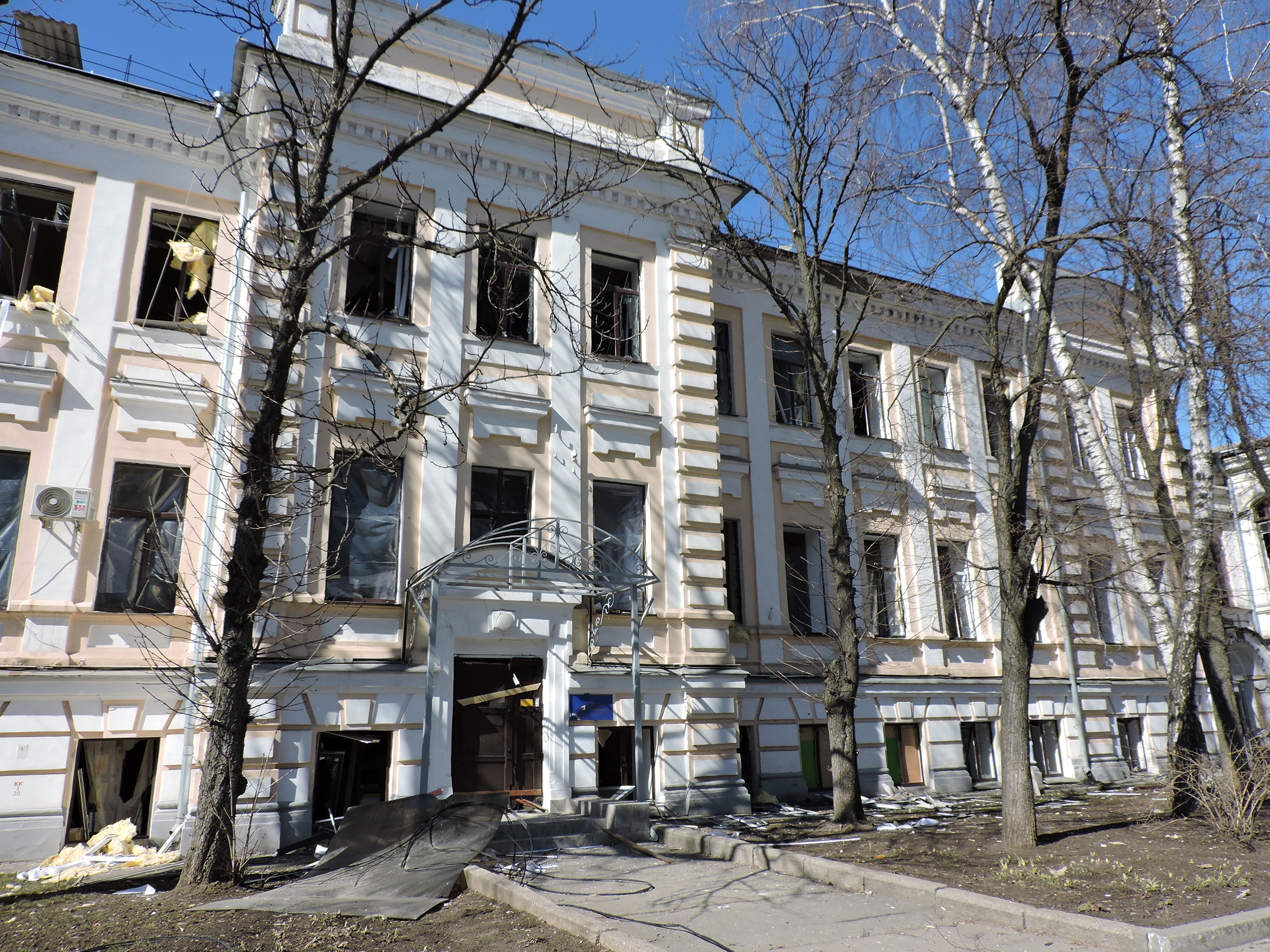 The school building was damaged by two air and missile strikes in its vicinity conducted by the Russian military in March 2022. As a result, windows and window frames in the building were broken; the facade, the roof, and the interior were damaged; and likely the equipment inside as well. This is an old school building, built in 1907. It’s been proposed to include it in the cultural heritage register. The building is currently unsuitable for the learning process; it needs reconstruction and restoration, as well as restoration of the equipment and infrastructure. Only then will it be possible to teach children in this school, assuming the security situation permits it. 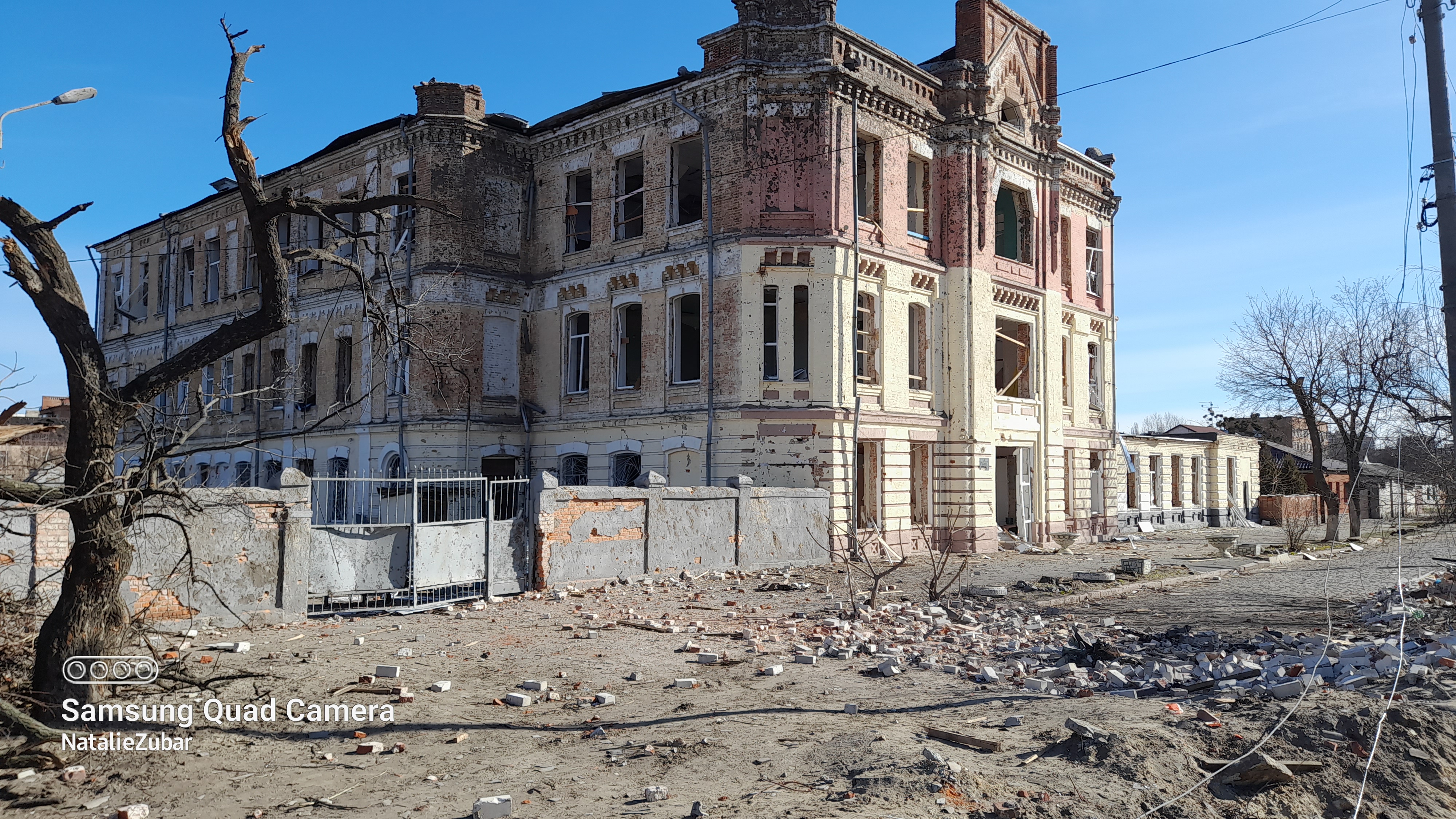 School Number 7, after the second missile strike nearby. Photo taken on March 28, 2022

One of the shells hit the roof of one of the wings of the school, destroying the roof and the assembly hall located in the wing. Fragments of MLR “Grad” rockets used to strike the education institution

The school has target damage. One of the shells hit the roof and destroyed it, also smashed the assembly hall of the school, located in a separate wing of the building. Remains of ammunition from MLRS “Grad” fired at the educational institution were found at this place. Windows in various wings of the school were also broken, and the interior and equipment were damaged.

Schools with such significant damage are unsuitable for the educational process and their restoration depends on the integrity of the structure of other school buildings, as well as security situation due to the threat of shelling. The further fate of students and the possibility of their education in this educational institution, even taking into account the distant learning possibility, is unknown.

The school was fired upon probably from a rocket-propelled grenade launcher. It was a deliberate missile strike. As a result, one of the school buildings was completely destroyed. However there are parts of this building where the walls and ceilings have survived. 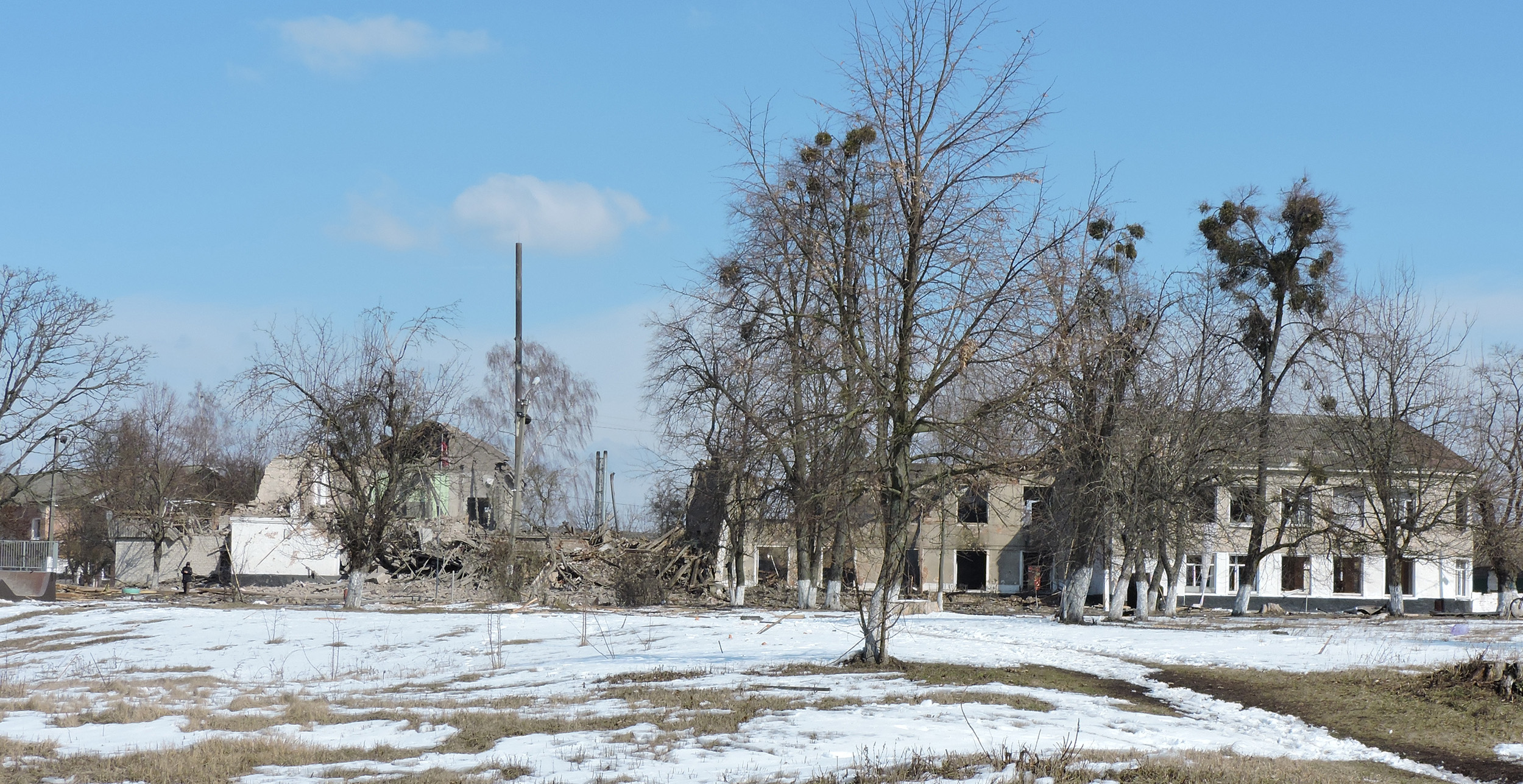 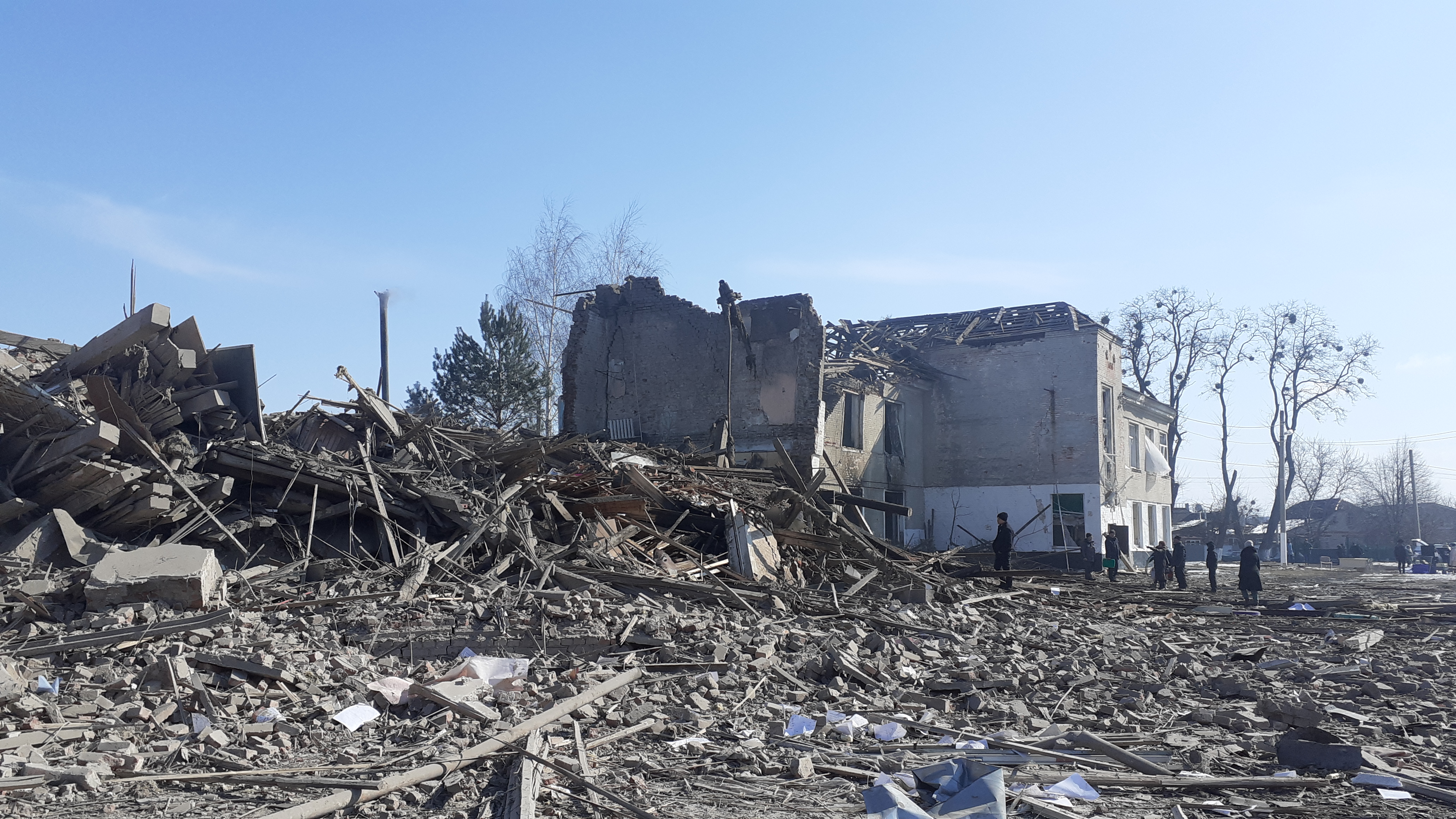 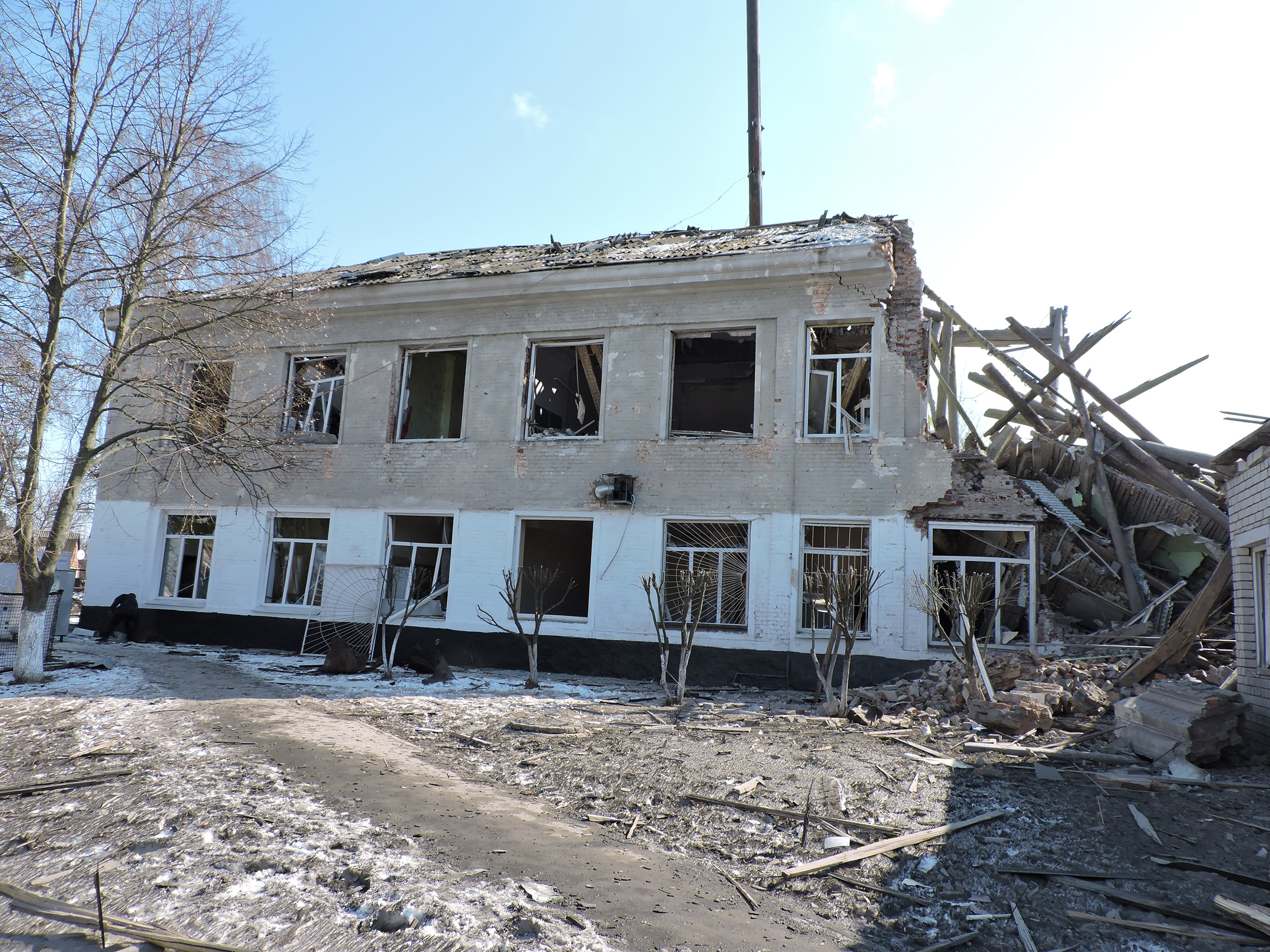 Only a small building survived still with significant damage to the roof and broken windows. It needs major repairs and is currently unsuitable for resuming the educational process if the security situation normalizes. 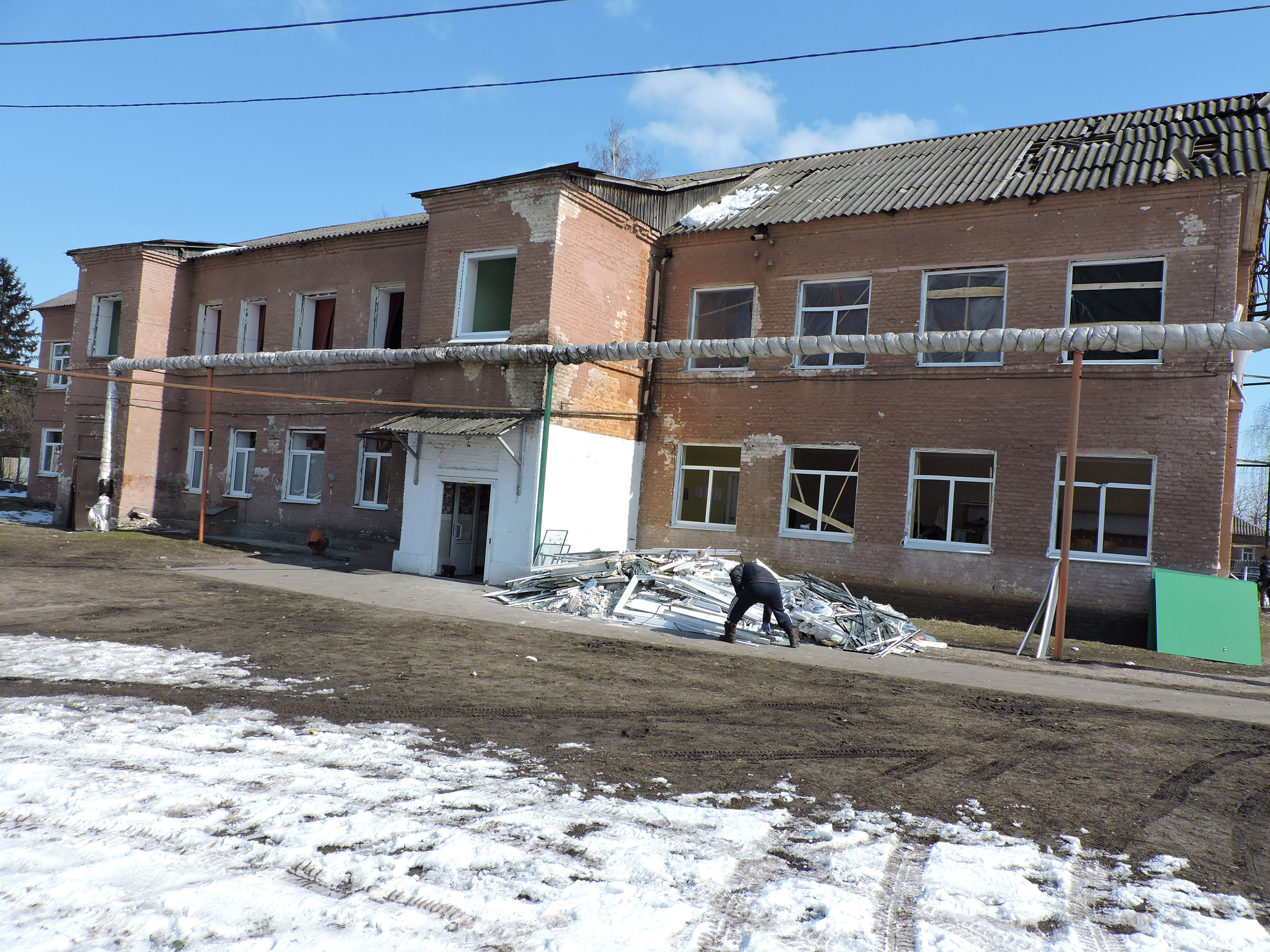 The school needs to be rebuilt. The question remains about the fate of students who have to continue their studies next school year, as Merefa was hit only once.

The number of destroyed schools in the Kharkiv region cannot be estimated until the full liberation. Schools in the liberated areas have significant damage, traces of fire or other damage and destruction due to shelling. 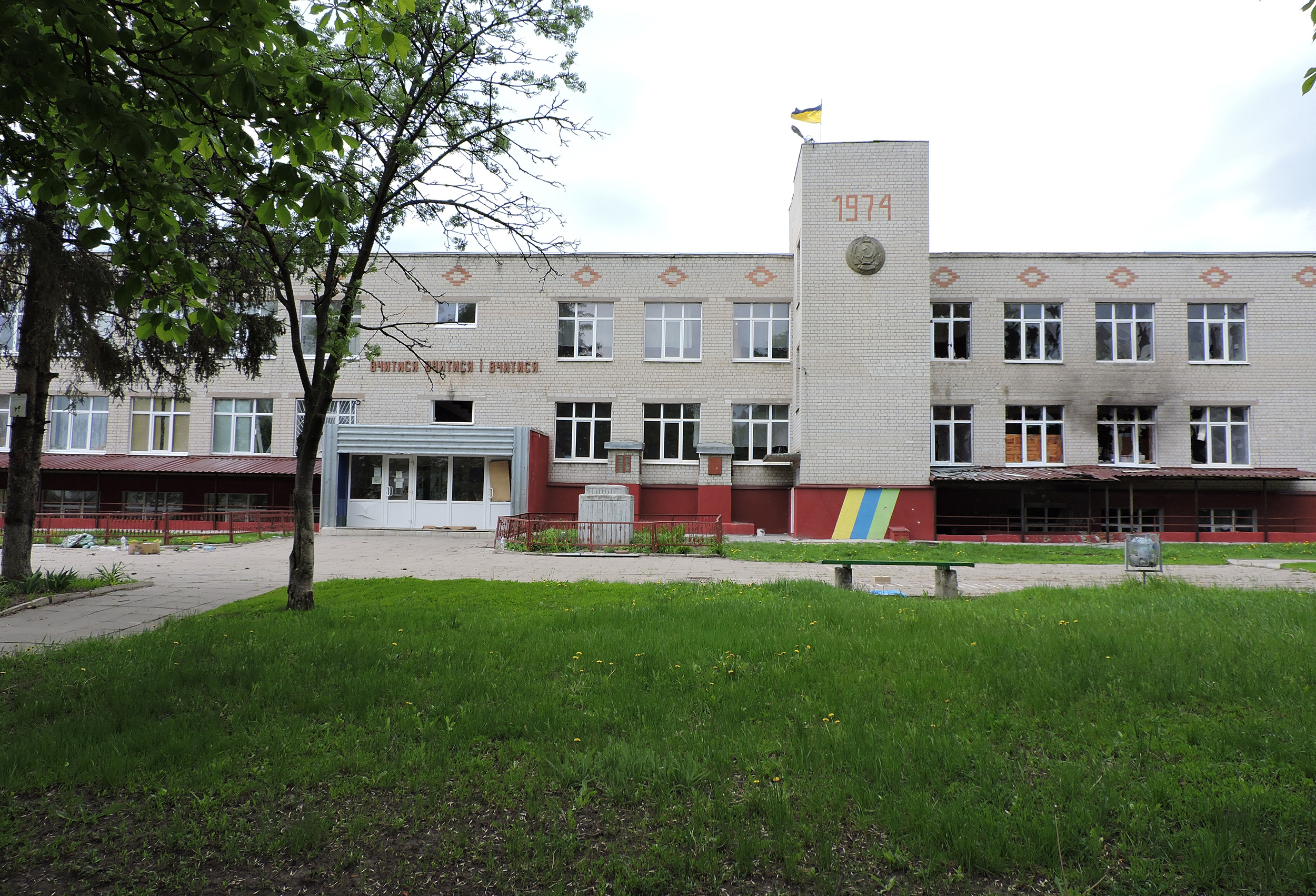 Damaged school in the village Mala Rohan, early May 2022

This is the school in the almost completely destroyed village Vilkhivka. Vilkhivka was under Russian occupation for one month. It housed the troops of the Russian Federation. 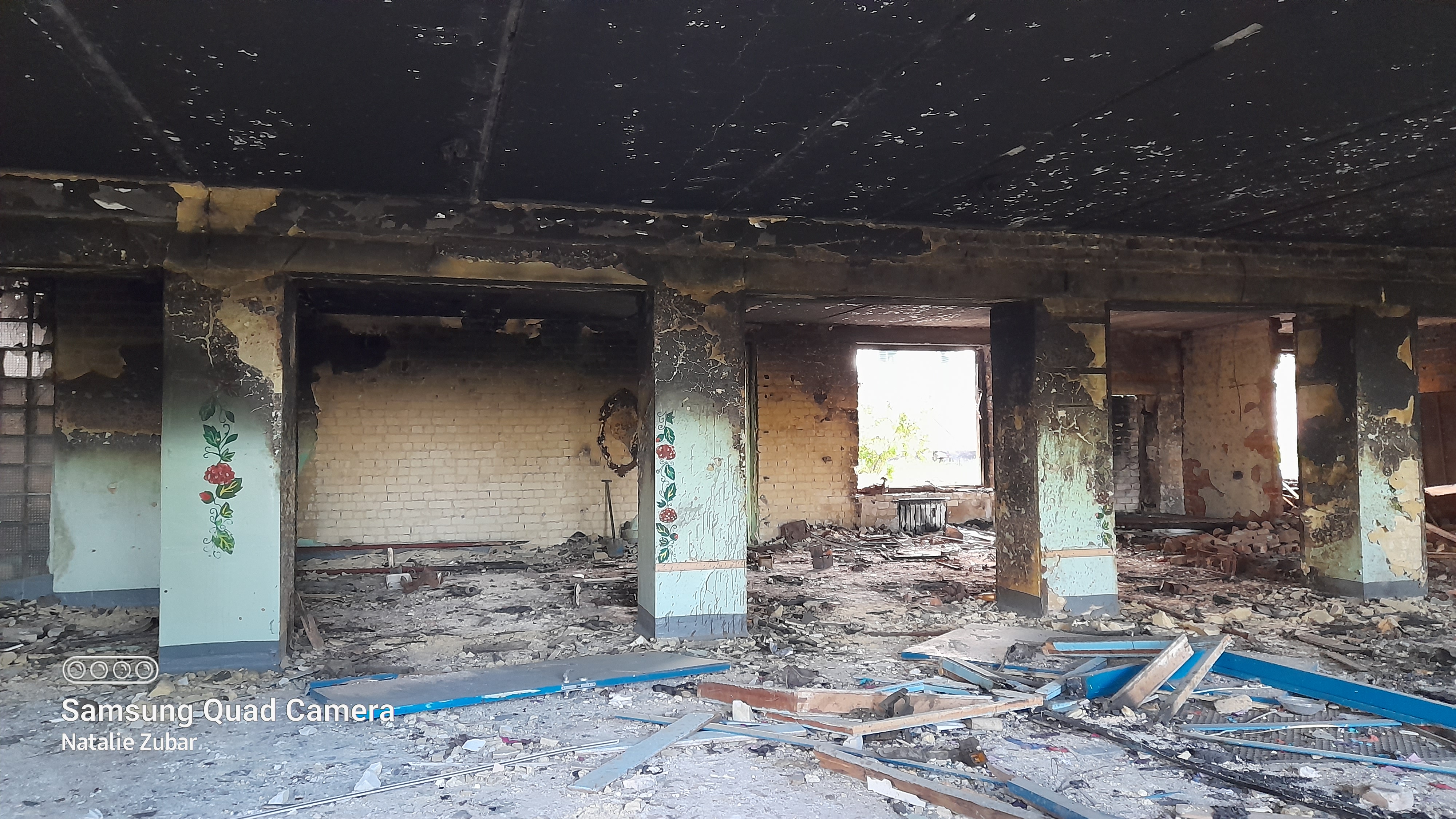 The school in the village Vilkhivka was destroyed. May 16, 2022

The shelling, air and missile strikes by Russian troops destroyed or damaged more than just school buildings. A huge part of educational materials and means, documentation, equipment and facilities, results of joint work of children and teachers were destroyed. 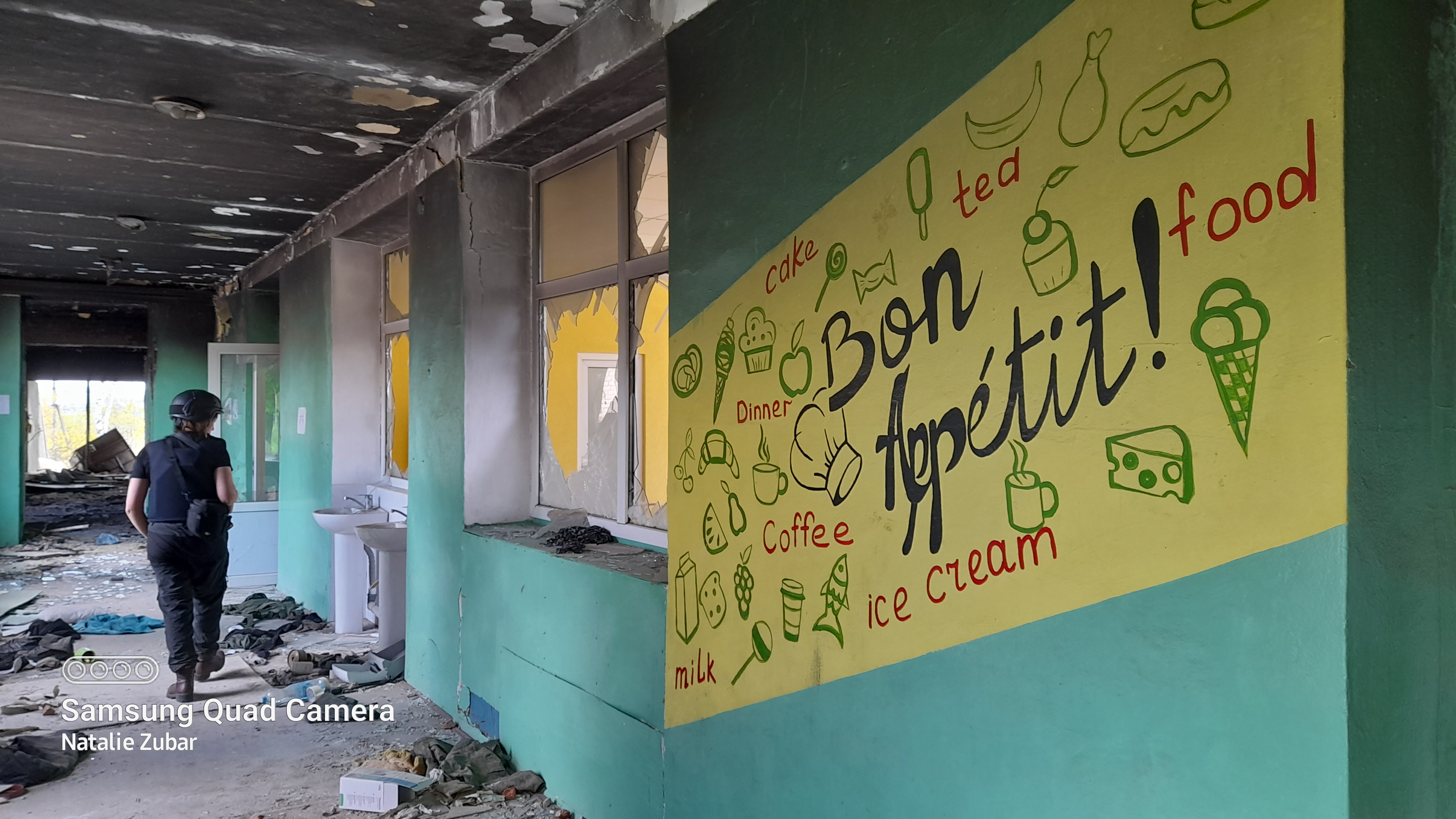 The school in the village of Vilkhivka that was destroyed on May 12, 2022

As you can see, schools are one of the target types that Russian troops use for targeted strikes for a number of reasons:

Schools have different scales of damage and destruction, from conditionally suitable that requires replacement of windows and internal cosmetic repairs, to completely unsuitable as completely destroyed schools by missile strikes or fires.

Renovation of schools must take into account several important aspects:

Yes, it is easier to restore educational institutions with minor damage in relatively safe areas of the city, and to dismantle debris in destroyed buildings. Instead, damaged school buildings in the northern parts of the city, which are still under fire and where much of the housing stock is uninhabitable also depending on the extent of damage and destruction, may be temporarily repaired or preserved to prevent further destruction or be used as shelter for nearby buildings residents.

A separate problem is the condition of bomb shelters, that are mostly unequipped and unsuitable for any long stay in them. They are cold, do not have enough seats, beds, tables, sources of water and heat, including autonomous, poor lighting. There are no alternative sources in case of power failure, and often there is only one input / output from them. We know of a case when in one of the schools in a very shelled area of ​​the city, the residents laid heating pipes in the bomb shelter of this school under the shelling.

That is why one of the first actions of the educational authorities, central, as well as regional or local, who are responsible for the state of schools and the organization of the educational process, should be the reconstruction of shelters and bomb shelters in schools and bringing them in line with hygiene standards for long stay in them of a large number of people. The reconstruction plan should include the  insulation in accordance with fire safety regulations, the availability of water and heat supply systems, toilets, quality lighting, sufficient space for sitting, lying down, desks, etc. .

Authors of photos and videos: Serhiy Petrov and Natalia Zubar

Photo and analysis were carried out in the framework of photo and video recording and documentation of damage and destruction of the civilian infrastructure of Kharkiv.