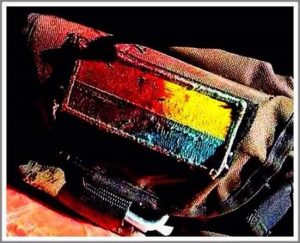 “This is the first document in English that provides a comprehensive snapshot of what Ukraine actually faces in terms of the aggressor Russia’s non-military warfare along with indisputable facts about Ukraine, and terms, concepts and methodologies relevant to the Maidan Movement,” Nataliya Zubar, Director of the Maidan Monitoring Information Center in Kharkiv, Ukraine that has published the framework.  “The main objective of this framework strategy is to create mechanisms to counter conflict and prevent further conflicts instigated by Ukraine’s primary threat actor, the Russian Federation.  The framework reaches an international level, a hazardous zone in information operations.”

“Russia’s non-military warfare presents itself as a threat to the Ukrainian language and human values, the core of Ukraine’s history, culture and identity.  In rough terms, the ultimate risk is that Ukraine would ‘turn into’ Russia; the extreme risk is that Ukrainians would not only assimilate as Russians but that Ukraine would be perceived by the international community as part of the hostile state of the Russian Federation,” Mykola Molodyko, author of the document.  “We specifically chose to release the report on October 14, Day of Defender of Ukraine.  It is the Ukrainian historical tradition of honoring the Ukrainian army and has been celebrated by Ukrainians since the 12th century.  We also intend to defend Ukraine, but against the aggressor’s non-military war operations.”

Aggressor Russia’s information warfare operations capitalize on Ukraine’s vulnerabilities and most Ukrainians are unaware of influence and psychological operations, information war and other covert tactics implemented in Ukraine by the Russian Federation.  The community-driven framework is built on leadership, policy and strategy, and laws and is intended to build and maintain resilient communities, a national campaign and dialog as part of the sustainable democratic development of Ukraine as part of information and communications security reforms.

“Beyond addressing specific threats to national security and the promotion of broad national interests, Ukraine foreign policy defines for the world, and its own citizens, the values Ukraine hopes to embody as a nation,”  Vitalii Ovcharenko, MMIC member, activist of the Ukrainian Peacekeeping School, and former volunteer ATO fighter.

The document is available here

When Emotions Run Too High. The Role of the Media in the Polarization of Conflicts