The day was relatively quiet, in some ways even quieter than yesterday. Despite the negotiations, no great muscovite activity was observed. There was some slight russist activity in the morning. There was shelling in the North Saltivka and a little in the rest of Saltivka, the village of Zhukovsky, Pyatykhatky. Intense shelling took place in Oleksiyivka, Derhachi, the Kharkiv Tractor Plant neighborhood, and Obriy. KhAI (the Kharkiv Aerospace University) was hit again.

The nuclear research facility “Dzherela Neitroniv” (“Neutron Source”) in Pyatykhatky was inspected. The nuclear installation itself is intact and there is no threat. 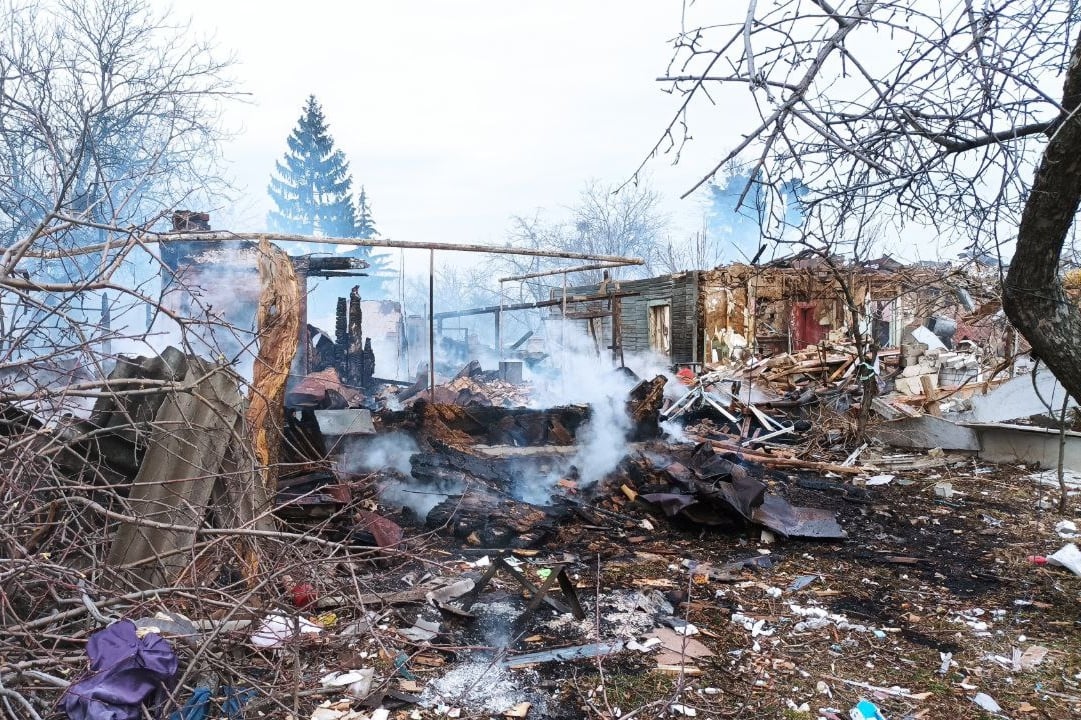 Main Directorate of the State Emergency Service of Ukraine in the Kharkiv region. Copyright: CC 4.0

Meanwhile, our military continues to clean up the liberated territories, the villages of Mala Rohan and Vilkhivka, discovering groups of muscovite soldiers hiding in building cellars. Many backyards and their surroundings are heavily mined. In addition, our people are clearing the highway to Chuhuiv, which the occupiers controlled for several weeks. They caught up with a part of the muscovite column and fired at it. Some equipment was seized still in working order, in particular, a 2K22 Tunguska. Along the sides of the road there are corpses of muscovites and civilians and burned cars. When retreating, the muscovites not only looted, mocked, and raped but also simply killed civilians in the best traditions of the NKVD: bullet to the temple. Some bodies of russists have no bullet wounds. They were left on their own to die of hunger and cold. The bridge across the Siverskyi Donets to Bashkyrivka was blown up by the muscovites.

One of Kharkiv’s school children helped them coordinate the firing via Telegram for a reward he was promised. He was never paid, but a criminal case has now been instituted. The kid, however, is underage.

All over Kharkiv, debris is being cleared out, cleanup is in progress. This is being done not only by public utility workers but also by many volunteers. According to the City Council, about 2,000 people have joined the process so far. Let it be known that Kharkivites love their city. Morale is high, and hatred of the muscovites is also at a proper level.

Public utility workers are repairing communications. Some areas, where shelling has died down, have been supplied with power, for example in Pyatykhatky, where there is no gas or water. Public utility  workers with electrical engineers are really doing everything possible and impossible to ensure the functioning of the city’s life support systems! At the same time, more and more markets are starting to open up and trade is reviving. Compared to a month ago, it’s a breath of fresh air!

Some Kharkiv residents write about the need to launch the subway. However, in my opinion, this is dangerous and inappropriate. First, all the subway cars are currently underground. After each trip and a certain mileage, it is necessary to make inspections and repairs according to the relevant regulations, which includes lifting. This is done in a depot. It is impossible to accomplish underground. That’s why running the metro is just dangerous for the city. The muscovites are still very close to Kharkiv.

There isn’t much information on the broader region—there is heavy fighting in Izyum. The muscovites have again fired on the town of Barvinkove, which our military has blocked the approach to.

We have information from Balakliya about the delivery of 50 tons of humanitarian aid there in the last week. So the lack of assistance from Ukraine, an accusation leveled by the mayor-collaborator Ivan Stolbovyi, is a lie meant to justify his cooperation with the occupiers. There isn’t such sentiment in a different occupied community, whose local head is decidedly pro-Ukraine.

The russists destroyed another regional state administration building by a missile strike, this time in Mykolaiv. A part of the building collapsed on all floors. This was revenge against Vitaliy Kim, head of the Mykolaiv Regional State Administration, who, by the way, had overslept. Twelve people were killed and many injured.

Meanwhile, people are still being deported to moscovia from the occupied territories. For example, patients and staff of one of the maternity hospitals in Mariupol were deported. Heavy fighting continues there. The russists cannot approach Azovstal (iron and steel works), which they themselves admit.

In Berdyansk, a local service provider renounced its license, and all its workers resigned to avoid cooperating with the occupiers. I am grateful to you for your pro-Ukrainian position and courage!

The muscovites are withdrawing some of their forces from the Kyiv and Chernihiv areas, apparently to strengthen the group that’s going to Izyum-Slovyansk, Rubizhne-Severodonetsk, and Mariupol. That’s where the fiercest fighting will take place in the near future.

There is also good news. In the evening, an ammunition depot was decommunized (blown up) in the village of Krasny Oktyabr near Belgorod, where four military russists were injured. Firstly, it’s beautiful! And secondly, this is for Pyatykhatky, you animals!! According to the official version of the russists, the reason for the detonation was “human factor,” but according to another version, it was retaliatory fire. Fewer missiles will be launched at Kharkiv and the region! In Kharkiv social networks there’s friendly trolling of muscovites. Тhey’re referring to it as “Belgorod, the city of the first salute.” (A reference to WWII events.)

Illya Kyva, who fled to moscovia and actively participated in the russist television broadcasts, is being suspected for calls to overthrow the constitutional order and state power and for calls to wage an aggressive war. Finally. Amen!

As for the negotiations, I have little faith in the possibility of an agreement at the moment. Muscovites will not want to leave the newly occupied territories of Luhansk and Donetsk regions, as well as the south of Ukraine. There are already rumors of a betrayal you’ve never dreamed of going around in the swamps, of calls to kill all the Ukrainians and not give up the gains. So, keep your head cool. Everything will be decided in the battles for our lands and our country.

Today Roman Hrybov, author of the statement that has become world-famous—”Russian warship, go fuck yourself!”—received an award from the Cherkasy Regional State Administration. The heroic defender of Zmiinyi Island was released from captivity and brought back home! Glory to the Hero!

Funny stuff. The prosecutor general’s office of moscovia has demanded that the official muscovite version of the moscovia invasion of Ukraine be posted on Wikipedia within one day.

They’re threatening to block the site otherwise. The thing is, as a result of discussions, muscovite sources aren’t considered a source of information, save for the official position of government representatives. The position of the wiki community at this time is to tell the prosecutor general’s office to go the way of the Russian warship. Moreover, it is impossible to access Wikipedia through VPN, because such proxy servers are blocked on a global basis. Therefore, this step by the russists will be the end of ru-wiki as a project.

One of the russist imperialists of the Russian wiki, a Kharkiv native who told me in 2013 that “the Ukrainian language doesn’t exist and never has,” and who has been in moscovia since 2014, has been banned from Wikipedia on all Ukrainian issues for six months. But in general, let them block it.

Today’s Darwin Award goes to Rosaviatsia, because hackers have erased 65 terabytes of data, including the register of aircraft, 1.5 years’ worth of business correspondence, and all databases. It is impossible to restore it, because they did not make backups: they simply did not allocate money for them. They’re now switching to paper processes. In short, epic idiots!

Let us support the defense forces of Ukraine: the Armed Forces, the National Security Service, Territorial Defense. Let us help volunteers, doctors, rescuers, and public utility workers. We believe in ourselves and in our Armed Forces. Everything will definitely be, Ukraine!