A team from the main office of the Kharkiv Maidan Monitoring Information Center has documented more than 200 civil facilities and structures destroyed partially or totally by Russian munitions since March 10, 2022.

MMIC is documenting Russian war crimes in cooperation with Ukrainian state institutions to be used in future criminal proceedings.

Sometimes we find the destroyed infrastructure accidentally and arrive at the scene before the firefighters and before formal criminal investigations can begin. In one instance, thanks to an experienced Polish war reporter, we were able to document an airstrike two seconds after it hit a communication system. We only learned afterwards what was hit by comparing photos and descriptions given by a witness.

We visit some sites more than once to document decay caused by natural conditions and damage by repeated, targeted destruction.

Although we are asked to refrain from comments and evaluations when documenting evidence, we naturally discuss the documents we produce inside our team and, as such, have reached some conclusions we would like to share.

In addition to daily random shelling of residential areas that are reachable by Russian munitions, there is targeted destruction of civil infrastructure, in particular:

Transport depots for transport of all types.

Rescue and firefighter units and substations.

Supermarkets (any type or size of market).

Any type of educational facility from kindergarteners to universities.

Any type of administrative buildings.

Cultural and historic monuments and memorials.

Important: This list does not include collateral damage, but describes civil facilities and structures that have been targeted by Russian munitions including long distance ballistic missiles.

Structures are hit repeatedly in case the target is missed or minimally damaged by the first hit. See an example: a historical functioning fire department. This is the reason why we do not publish most of our photos and videos.

If you are an official representative of state institutions of Ukraine and allied states, and want to get more detailed information, email us monitor@maidan.org.ua

If you want to support us – see below the pictures how to. 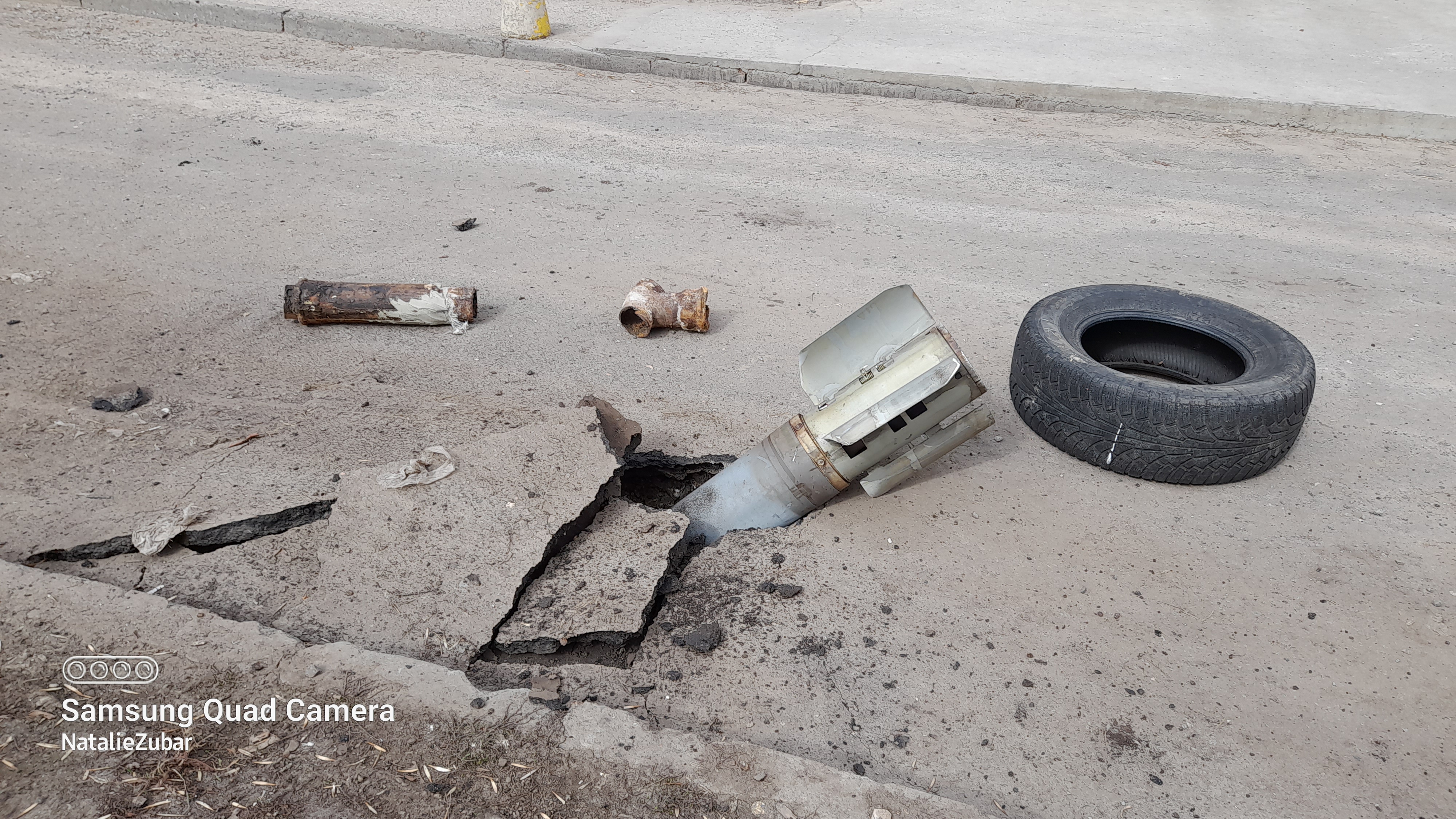 A shell accidentally found in a residential area in the north of Kharkiv. A typical find. 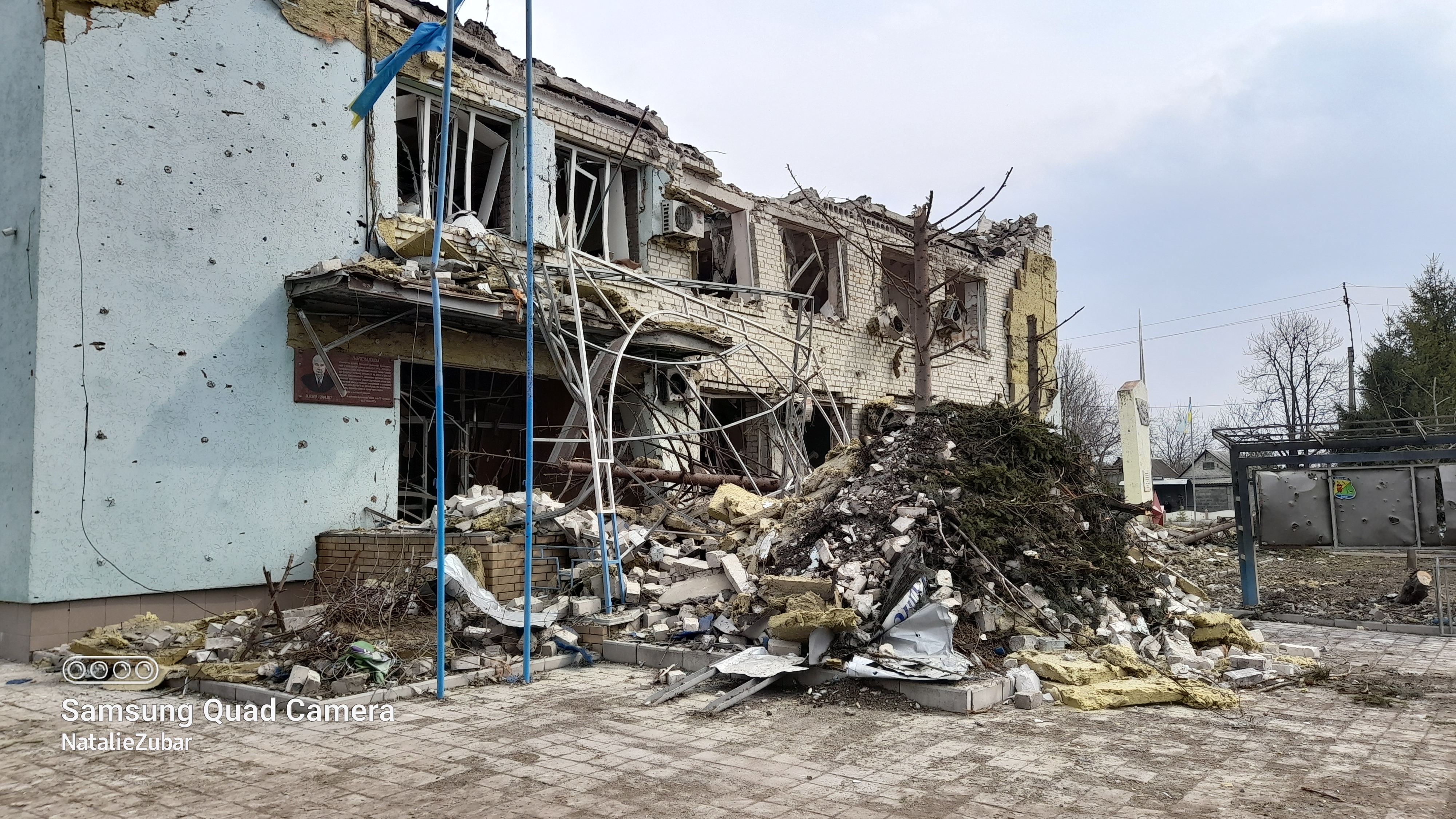 The Dergachi City Council destroyed by an air strike. 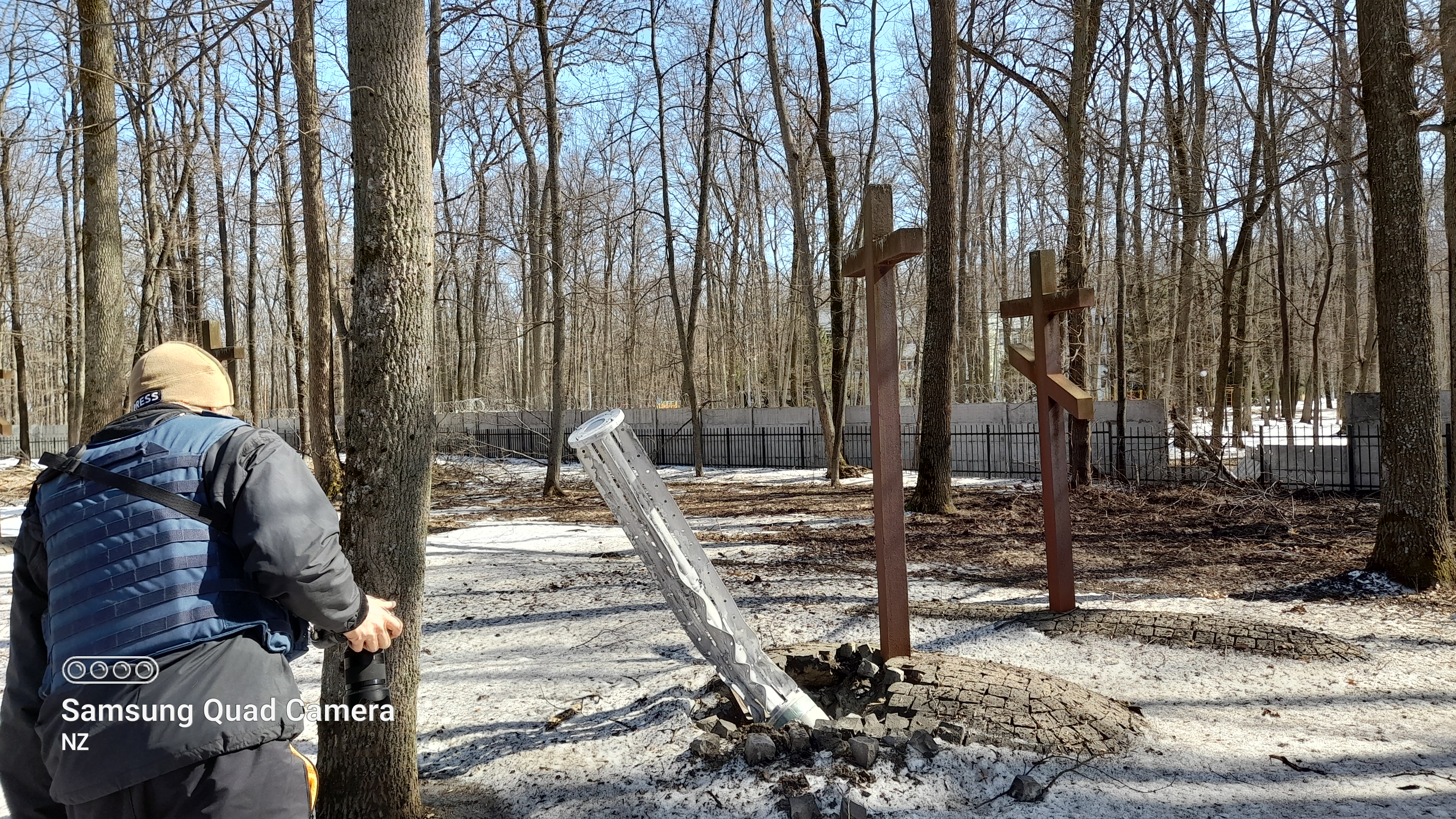 Results of the targeted shelling of the Memorial to the Victims of Totalitarianism in Pyatykhatki. “They are killing them a second time,” said the grandson of a Polish officer, who was a victim of the USSR’s Katyn crime. All photos – Nataliya Zubar